An Interview with Kendel Lynn Hot dog! A Dodger dog, if I’m being choosy. With ketchup and relish, please. 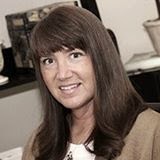 I had the pleasure of reading Whack Job in preparation for moderating a great panel at Left Coast Crime that included Kendel.

I recall smiling when I realized it involved viatical settlements as they are also included in my Cabin Fever.

Funny, after reading Kendel's book, I ran into another book that included viatical settlements as part of the plot. It reminds me of reverse mortgages, but a whole lot tackier. Not a good surprise for relatives, but then they should be in "the know." I love your MC, Kendel. Keep them coming!

A cozy with a dash of Stephen King - sounds like my kind of book! Those contradictions and little dark touches do make for interesting characters. Thank you for stopping by, Kendel. I'll put this book in my TBR.

Hi all, thanks for having me. It's always a pleasure to be your guest. and thank you for all the kind words! A funny side note: my editor thought I made the whole viaticals thing up! I knew someone who actually bought them. Crazy. ps. Jim was an fantastic moderator. Made us all look good...

A nice interview here! And now that I know Kendel is a hot dog fan, I think we'll have to plan an outing someday....
Art

I love Elli Lisbon--she's a hoot! Though sometimes I question her love of "shorty pants." Can't wait for Swan Dive!

I've been planning to read Kendel's books, but after reading E.B.'s interview with Kendel,
I really want to read them!

Thanks, Nancy! Kendel is always a pleasure to read and interview. I can't wait until the next installment. So many books and not enough beach days!

Hey Art, if Bouchercon wasn't in November, I'd totally tack on an extra day for a Dodger game! (and wear my shorty pants, Diane.) Thanks, Nancy!!

Awesome!! I'm halfway through Board Stiff right now, and I'm really enjoying it.