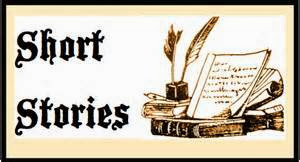 This final WRITING A MYSTERY SHORT STORY SERIES post of the year examines structuring a particular type of mystery short story and makes a few recommendations of short stories, collections, and anthologies for your holiday reading and gift giving pleasure.

Recently, Donna Andrews and Barb Goffman taught a short story class for the Chesapeake Chapter of Sisters in Crime. Barb was kind enough to share the outline from that class with me. It pointed out that there were two basic kinds of mystery short stories: (1) the whodunit and (2) the howdunit.

The whodunit follows the usual path of: (1) a crime being committed, (2) a sleuth investigating, (3) the detection leading to suspects, clues, red herrings, and twists, and (4) a satisfying conclusion. The howdunit shows how a crime is: (1) planned, (2) executed, and (3) goes very wrong causing the mark or culprit to be punished.

An approach to a howdunit that works well in short story format is to tell the story from the crime perpetrator’s viewpoint. Structuring this kind of short story lets you feature either: (1) a protagonist who may be a flawed, but ultimately redeemable and admirable character, or (2) a not so respectable protagonist, bitter toward the world, who gets his comeuppance in the end.

Depending upon his motives, the bad guy protagonist’s trajectory must follow one of two paths: (1) if admirable, he is a misdirected guy who restores his reputation through good works, or (2) if not so respectable, he is a bad guy set on doing another truly bad thing, only this time, he gets caught and punished for his misdeeds.

Three excellent holiday short stories that demonstrate this structure are:

Barb Goffman’s “Christmas Surprise” in the collection Don’t Get Mad, Get Even: 15 Tales of Revenge and More (Wildside Press April, 2013).

SPOILER ALERT: The following analysis may tell you more than you want to know about these stories before you read them, although I tried not to give too much away. Proceed at your own discretion. Or, buy and read the stories, then come back for the analysis.

With an unredeemable protagonist, you need to establish the badness early on and make clear that the badness cannot be cured.

B.K. Stevens’ “Little Dumber Boy” opens with Will, the protagonist, pointing out that he is not dumb. No one can say he is dumb. Even though he has been apprehended and served jail time, he knows a viable plan when he sees one because: (1) he’s able to recognize opportunity, and (2) he doesn’t act upon the opportunity until he knows it is completely safe. Of course, by the end, the plan Will thought foolproof is ruined by the well-meaning actions of his gentle, unassuming, sweet Aunt Valerie, whom he discounts and takes advantage of throughout the story.

Barb Goffman’s “Christmas Surprise” features a disgruntled elf named Robbie. Barb explains in a note following the story that the characters were named for people who had been supportive of her writing, and that she also drew upon her own memories of watching Christmas television specials. Early on, Barb demonstrates that this elf is bad news through his revulsion to being back at the North Pole working among the happy, singing toy-making elves. He’s even calling Santa a sap by the end of the first page. After a prison stretch, he has returned to the North Pole because he’s thought of a way to use Santa’s inside knowledge to seek revenge on the woman who put him in jail. However, when he traces the woman by following a doll he has crafted for Santa to give to her daughter, he discovers that his victim, whom he thinks will show him mercy, has learned enough about him to turn the tables. As with many of Barb’s tales, the victim extracts a much deserved revenge in an unexpected manner.

B.K. and Barb’s protagonists are certain of themselves; to an extent, frustrated by the world in which they find themselves or at least very cognizant of the defects around them; and express themselves though internal monologues that keep the reader very much in the present. Being completely inside the protagonist's head, the reader sees the character’s sometimes warped responses, internalized hatred, and intent to manipulate the situation to his own advantage.

The secondary characters who love each protagonist surround him, showing him kindness and interacting with support and hope that the protagonist's lot in life is changing and improving. In Barb’s and B.K.’s stories, this outpouring of encouragement only enrages the protagonists more and leads them to the acts which ultimately condemn them.

I hope you’ll take the time to read these marvelously crafted stories as part of your holiday celebrations this year, and use the formats they provide to craft your own story. As you can see, even though each contains similar elements, each also is quite different and unique.  In addition, for your breaks in writing, here are some great anthologies and collections to keep you in the mystery mood:

Thanks for following the WRITING THE MYSTERY SHORT STORY SERIES. What are you writing and reading for the holidays?

Paula, you've written a great series of posts on short stories. Now all I have to do is shift from novel-writing-mind to short-story-writing-mind and actually write one for the coming year!

Thanks, Jim. I appreciate the opportunity, and look forward to reading your short story.

Paula, thank you for writing this series about short stories. It was excellent!

I hope to read a number of the anthologies you recommended over the holidays.

Psula, I'm adding my thanks for this series about short stories. I've saved them to refer to again. I have Barb Goffman's "Don't Get Mad, Get Even" anthology and enjoyed it immensely. I'll have to check out the other ones you mentioned.

Thank you, Kara and Gloria. I've enjoyed your holiday stories so much and look forward to the ones you'll share with us on WWK next month!

Nice way to end your series

Thanks for the summary, Paula, since I missed the meeting. Your blog made me think of the plot to my next short story. I will take a look at the anthologies and collections you listed at the end. Many look like great reads. Thanks!

Warren, part of my holiday plan is to get enough time to start your collection, Killer Eulogy. Elaine, I know you have stories coming out in several anthologies in the near future. I'm looking forward to reading them as well as your and Warren's holiday stories in WWK next month.

A great post! Love your analysis of mystery short fiction and also the synopsis of each story written by very talented authors.

Excellent addition to the series! These are three of the best crime short writers I know of today. Thanks, all!

Thanks for including my story in your analysis, Paula. You put me in very good company. I've read the stories by B.K. and Earl that you wrote about, and they both were solid. The authors surprised me with each one (and in once case, left me with a warm feeling in my heart), which isn't easy to do with a mystery writer.

I would like to expand on something you wrote regarding the howdunit short story. While a twist or an epiphany is highly desired (as in any short story), I don't think the culprit needs to be caught or redeemed. Authors may often take that approach, but it's not a hard and fast rule. Indeed, in my story "Evil Little Girl," as an example, there's a twist, but it doesn't fit the formula above. (I don't want to say any more without spoiling the story for potential readers.)

At any rate, you've had a great series highlighting the short story this summer and fall. On behalf of short-story writers and readers, THANKS!

Thank you, Jacqueline and Kaye. I have enjoyed your short stories so much in Beyond the Bo Tree: Ten Tales of Romance (Jacqueline Seewald) and
A Patchwork of Stories: 9 Tales from Sunny Side Up to Over Hard (Kaye George). I appreciate so much your support of and participation in the series.

Barb, thank you for writing such wonderful stories, participating in this series, and making an excellent point about howdunits. "Evil Little Girl" is story that lingered with me long after I read it, maybe as much from reading your note after as from the story itself. It showed how an author could take a fleeting incident from her own life and make it into gripping, great fiction. "Evil Little Girl" is included in Barb's collection, Don't Get Mad, Get Even. Please check it out!

Thanks, not only for your useful comments, but also for the entire series.

I won the The Killer Wore Cranberry e-book offered on this site, and I'm throughly enjoying reading one story a night.

Congratulations, KM. Thanks for reading WWK and for commenting on our posts. It's always good to hear from you.

Hi, Paula--
Thanks so much for another great post. It was an honor to have one of my stories compared to stories by two authors I admire so much. I've read your entire series and enjoyed it very much. Best of luck with your own excellent short stories!

Thank you, Bonnie. I always look forward to your stories. It's been a real pleasure to get to know you this year. Best wishes on your continued success.

Paula, your series on short stories was excellent and I have printed out several pages for my reference folder. This last post with examples of terrific stories available in anthologies might boost sales for the holiday season. Very nicely done.

Many thanks, Georgia. I'm very much looking forward to reading your story in Mystery Times Ten (Buddhapuss Ink, 2013).

I'm honored, Paula, to see my story included with Bonnie's and Barb's. They're two of the best short mystery writers around. I love writing the short stuff and if -- make that when -- my novels sell in the millions, I'll continue to write short stories. Thanks for this mention and best regards to you.