Dead Man for a Client 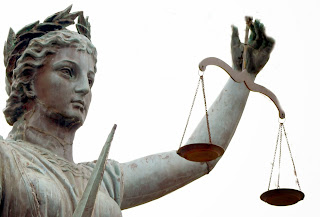 Dead Man for a Client

In Joel Goldman’s Deadlocked, the fourth book in the Lou Mason thriller series, Lou has been emotionally tested and physically scarred by his insistence on taking on legal cases where his clients are fighting entrenched, not to mention dangerous, interests and defending them even when his own well-being is threatened. His love interest, Abby, has made it clear that she does not want to lead the kind of life his dedicated law practice requires.

Lou’s new case had him, in essence, defending Ryan Kowalczyk, who has already been convicted of murder and executed. Ryan’s last word to his mother was, “innocent.” Ryan’s mother and Nick Byrnes, the son of the couple murdered, retained Lou to look into the murder and clear Ryan’s name, which, in essence, meant to investigate another man who was acquitted of the crime.

Lou’s friends, Blues and Harry, were the policemen who arrested Ryan fifteen years earlier.  Not surprisingly, they discouraged Lou and declined to reopen the investigation.

Even Lou’s Aunt Claire who raised him after his parents were killed when Lou was three, refused to answer Lou’s questions about the details of his parents’ deaths.

The more he unearthed the buried past, the more dangerous things became.
The author is skilled at writing layer upon layer of mystery while deftly describing both the legal world and the novel’s setting, Kansas City.

Who writes about your town?
Posted by Warren Bull at 6:30 AM

Thanks, Warren! Excellent review! I'm looking forward to it. I love Joel Goldman's books. I think he's a wonderful writer who's vastly underrated.

It sounds like a good book, Warren. I'm not familiar with this author. I'll have to try him out.

I think you will enjoy his work, Gloria

I've never read Joel Goldman. I'll have to look him up. Sounds as if his practice might not generate much income. Your review does provoke my interest. He has to prove his case in the end. But if the one suspect was previously acquitted--he can't be tried again, can he?

E.B., That was one of the questions I had throughout the book. So I won't answer the question.

Ah...a pivotal point. Glad I mentioned it. Thanks, Warren, for confirming my suspicions, but of course, that may not impact the plot.