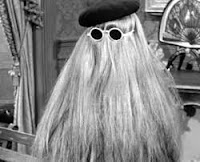 I’ve worked intermittently on my current novel, Toasting Fear, for a few years. In the meantime, I’ve written and placed many short stories and worked on two other novels. As many of you know, I worked with a critique group while developing Toasting Fear’s first draft, which I’ll never do again since it took too long. I put Toasting Fear on a shelf for a while pondering what I’d do with it. But it wouldn’t leave me alone. Why couldn’t I get it to gel?

Categorizing it gave me fits. At first, I called it a paranormal cozy. There were a few cozy elements but then perhaps not enough to categorize it as such. Then, I realized that in the literary world supernatural and paranormal were two different categories. So, I switched and called it a supernatural, romantic mystery. Unfortunately, there were few spooky moments since I don’t have ghosts. I have angels who refuse to haunt. But there were horror scenes because my angels were battling demons. How could I ever sell this to an agent when I could decide what I was writing? 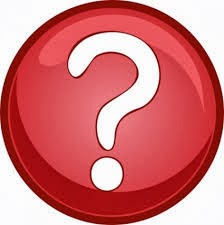 At the beginning of the summer, I started reading it again. Then, I started revising. Once I felt confident in the plot, I started wordsmithing—perfecting and polishing. When a new critique group formed from my local writing chapter, I decided to take the plunge and put it out for beta readers.

I must admit, although I made a few grammatical blunders (killer modifiers) that one former English teacher and critique partner caught, the manuscript wasn’t dotted in red. They complimented me on the details, the scenery and characters. I felt good about my efforts except for one thing.

Most of my reviewers couldn’t decide what it was either. After a discussion with one of the reviewers, we concluded that it was an action-adventure. Then another reviewer thought it was a thriller. After researching the structure of thrillers, I admit that supernatural thriller most closely resembles my book.

I did not intend to write a thriller. I shoulda, coulda, woulda written a traditional or a cozy, but the damn muse led me astray. Now that I know what it is, I must revise it to conform to that genre’s structure. The sound you hear is my head knocking against my office wall. I’m a mystery writer—really!
Posted by E. B. Davis at 12:00 AM

Some writers have their characters take over a story; others have the story take over the story. By that I mean that the story a writer set out to tell is not the one that wanted to be written. Sounds like that has happened to you, E.B.

Best of luck in the re-write process. It can be both frustrating and fun, so do try to find the enjoyment.

I'm sure glad you reminded me about the fun, Jim. I had fun in its writing, which doesn't always produce a professional end result, but it isn't a cookie-cutter book. I think the book is a fun read, even if it deals with child abuse (twenty years in the past) and a woman who fights back. Conforming to conventions is a must or no one will publish it. Thanks for reminding me about fun. I needed that.

This can be a real source of frustration. Your novel is what it is--then you have to find the right box to fit it in! I understand why, but it doesn't seem quite right.

I can emphasize with you. It's frustrating to write elements of romance, horror, humor and coziness which enrich a work and then to try to shove it into a cubbyhole so booksellers know where to shelf it.

Maybe you've just invented a new genre, E. B., or maybe just call it fiction. I don't like this "writing to fit a market" stuff either. I just want a story that keeps me up at night, turning the pages.

E.B. I agree with Shari that you shouldn't worry too much about fitting a market. Just write the story you want to tell. I know that makes it harder to get an agent or publisher, but if it's a story that keeps a reader reading, it will find a market no matter what they decide to call it.

A frustrating problem. Agents say they want "something different," but then when your work doesn't fit in a specific predetermined niche, they say they can't sell it.

I think you should just write what you want to, and if it doesn't fit in with someone else's definition of what it should be, so what?

Yes, Carla, but boxes are there whether of not we want them to be--so off to another round of revisions.

I think a mystery writer can write a wonderful thriller. Just remember the lines from Shakespeare in Love:

The problem of the market is one issue. But there is a problem with the script--one of perspective. Written as a mystery, the reader is as in the dark as the protagonist--which isn't the case in my book. Although the protagonist is aware of the angels and demons, she isn't privy, like the reader, to what happens in the other realm so the reader really isn't in the dark like the protagonist in the mystery. Due to this, I must write the book from a different perspective. No, I don't want my book pigeon-holed, and yet one beta reader was annoyed because she knew too much, while another beta reader want to know more about the plans for the protagonist from the other realm, which puts me exactly in the middle--one part is mystery, the other is thriller/suspense. It has to be one or the other, not both. That's a frustration to the reader.

Dean Koontz writes hard to categorize novels that are a mix of genres (supernatural, thriller, romance, horror, sci-fi) so you are in good company. Toasting Fear sounds intriguing and I look forward to reading your book however it is categorized.

At first I was going to say why not market it as a cross-genre. Then I thought, don't say mystery at all, call it a suspense novel. I've always found "Suspense" covers a lot of territory. I'm a "Don't Fence Me In" writer, but if you like your book the way it is, leave it that way. Playing with it now could ruin what you love about it.

Thanks so much, Kara and Polly. No, I'm not going to change what I like about the novel, but I am going to listen to what my beta readers say. Changing it will strengthen it. I'm not writing it for myself (although that is debatable). If my beta readers didn't understand or felt confused by it, then it's not enjoyable to read, which means I must change it or it won't be published. An enjoyable product for public consumption, rather than my own enjoyment, is the professional goal. I want it fun, but I want it read! Thanks.