The Joys of Public Transport 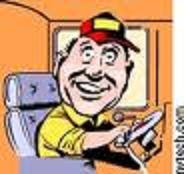 I was trudging to the bus stop from work yesterday evening, dragging my weary feet as I went (is there anything longer than a day working in retail when there are no customers?). I was about to throw myself on the bus and yell ‘Home, James’ when I noticed the stony faced bus driver was reading. At this point I’d like to clarify the bus was stationary and waiting at the bus station. He was not driving and reading which, admittedly, would be a handy, if dangerous, use of multitasking.

My aching feet/back/shoulders/brain all quickly faded away as I hurried through the business of stating my destination and paying my fare so I could ask him what he was reading. A spark of interest lit his eyes as he lifted the cover to show me ‘Jack and Jill’ by James Patterson. Now, I’d always considered Mr Patterson a little too hardcore for my tastes (I’m hardly a rainbows and unicorns type of gal but I do like a bit of wit and romance mixed in with my murders) which is ridiculous really since I’ve never read any of his books and simply made the assumption on...well, on nothing really.

My once grumpy bus driver quickly transformed into an extremely friendly fellow as he gave me a brief overview of his current reading choice and then told me about another book called ‘The Amber Room’ which he’d recently finished and thoroughly enjoyed (all while a gentleman, whom we both ignored, waited patiently behind me to board the bus – we were talking books, it’s allowed.). He couldn’t remember the name of the author at the time but I googled it as soon as I got home so I wouldn’t forget and it’s by a gentleman called Steve Berry. I fought with my computer for twenty minutes as I manoeuvred my way around my local library’s website (I’ve only just started to use the library again since my bank has demanded my local book shops bar me and it seems the library’s gone all technological when I wasn’t looking) but eventually managed to reserve a copy of each book.

I also reserved a copy of John Grisham’s ‘The Associate’, another author I’d considered a little too hardcore for me until the day before I met my bus driver. I caught an interview with him (John Grisham not the bus driver) on the radio, talking about his new children’s/YA book and he sounded like a really nice, funny man. That, not a flurry of awesome reviews about his latest offering, was what led me to checking out books I had, until then, deemed far too serious or heavy going for recreational journey or lunch break reading, which lately is the only reading time I have.

I wouldn’t normally take a blind recommendation from a stranger (they don’t know me, how will they know what I enjoy reading?) but my bus driver’s total change in demeanour won me over.

I don’t know what it is about books that bridges age/gender/class divides. Maybe it’s because it doesn’t matter whether you’re a bus driver in his mid fifties or an unpublished writer in her .......let’s say twenties and be no more specific, they both have one thing in common. They’re readers, and something about that is equalising. They might have different opinions about the same book based on their different upbringings, but life’s about differences. It’s about listening to someone else’s opinion and seeing a story from their point of view, how their personal experiences changed a character the twenty something unpublished writer thought was strong and independent to the selfish, immature character the bus driver in his mid fifties read.

It’s one of the things that I love about books, any books. You take your personal experiences to the story with you, so when you discuss it with someone else (which I love to do and no doubt bore the pants off people), you’re really talking about so much more. The more you discuss literature with anyone, the more you learn, not just about the words on the page but about the world around you, about life.

I would’ve loved to have seen Gordon Brown, David Cameron and Nick Clegg discussing their views and interpreting the themes in ‘Wind in the Willows’ during the election debates. Now that would’ve been essential viewing. I wonder how the country would’ve voted then.

Email ThisBlogThis!Share to TwitterShare to FacebookShare to Pinterest
Labels: Jordaina