Citizens Police Academy: Juvenile Crime or Why You Need to Know What's On Your Child's Phone

The Citizens Police Academy I’ve been taking has been a real eye opener. Every week, officers teach a class in their areas of expertise, giving us a peek behind the badge and inside the patrol car. My fellow students range from 20-year-old police academy hopefuls and college interns to senior citizens, NRA members to an NPR journalist, men and women from all walks of life united by curiosity about police work.

This week School Resource Officers (SRO) talked to us about juvenile crime. The speakers are assigned to local middle and high schools.

The SROs promised to confuse us and they did. Because they work with young people from middle school through high school, there is a dizzying legal maze based on a child’s age. Will a young person be charged as an adult or as a child? The answer? It depends on the circumstances. It was good to see that there are mechanisms, for example a Juvenile Review Board made up of legal experts, community leaders, and teachers, that can be used to avoid sending a young person to Juvenile Court or Criminal Court, thus avoiding a criminal record. 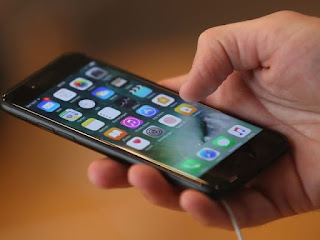 We talked for quite a while about sexting, which according to the SROs is a common occurrence. If a cellphone photo is of a naked person (or parts of a person) under 13, the child pornography statue applies (check your own state for local laws). Simply sending nude pictures is not pornography – the standard is the difference between an  R rated movie and X. The officer used the term “manipulation.” Enough said. If the people exchanging the photos are the same age, the situation is quite different than if there is a big gap between the sender’s and the receiver’s age.

And by the way, if you check your child’s phone for objectionable photos and don’t find any, be sure to see if they haven’t downloaded one of many “nudie locker” apps, which look like a calculator. The officers said that’s where kids stash the images they don’t want their parents to find.

The officers said one of the most depressing and stressful aspects of young people’s lives is the oppressive influence of social media used to bully others. The officers gave us a list of apps and websites, promising us that they change constantly and that as soon as older folks join them, kids find other sites (I’m looking at you, Facebook). There is a particularly nasty anonymous messaging/bullying app called Sarahah, which is headquartered overseas, outside the reach of US laws. Other video/chat/messaging platforms are Oovoo, Kik, VSCO, and Tiktok.

By the way, there is no law against “bullying” per se – if such behavior gets out of control, the charge may be harassment, threatening, or disorderly conduct, depending on the situation. The “airdrop game” for example, when an objectionable photo is distributed via the airdrop function on iPhones, could be considered harassment.

We could have discussed the officers’ work for hours but ran out of time. The range of issues facing police, parents, and students today are complex, but one piece of advice is evergreen. “Parents have to know what their kids are up to,” one officer said. “And they have to care.”

Have you incorporated high school age characters into your work?

It's a really scary time to be raising kids! Not that it's ever been easy, but it used to be that us old folks had some experience with the challenges our kids faced. That's not necessarily true any more.

Hi KM, so true. Technology is such a moving target and cellphones are such a part of everyone's lives today. I'm glad my kids missed a lot of this.

The battle between children and adults has gone on for ever. Technology has given the kids a real edge they never had back in my day.