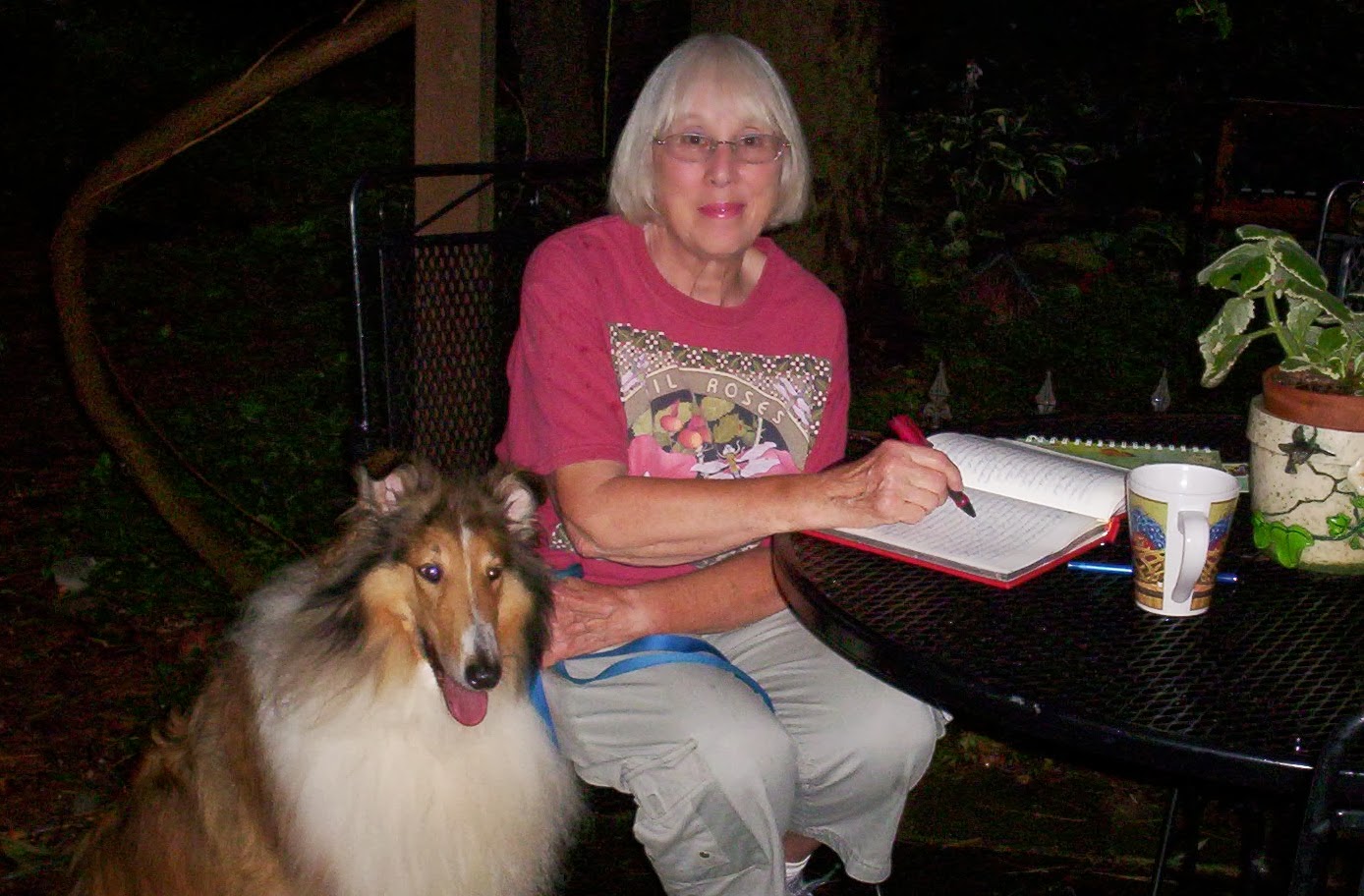 Last Thursday I posted my 100th blog since I joined Writers Who Kill on Jan. 19, 2012. Some of them were interviews; three were for the Fish Nets blog which didn’t last more than three months and at least one guest blog. Only four of our members have been with this blog longer than me; E.B. Davis, Warren Bull, Jim Jackson and Kara Cerise. 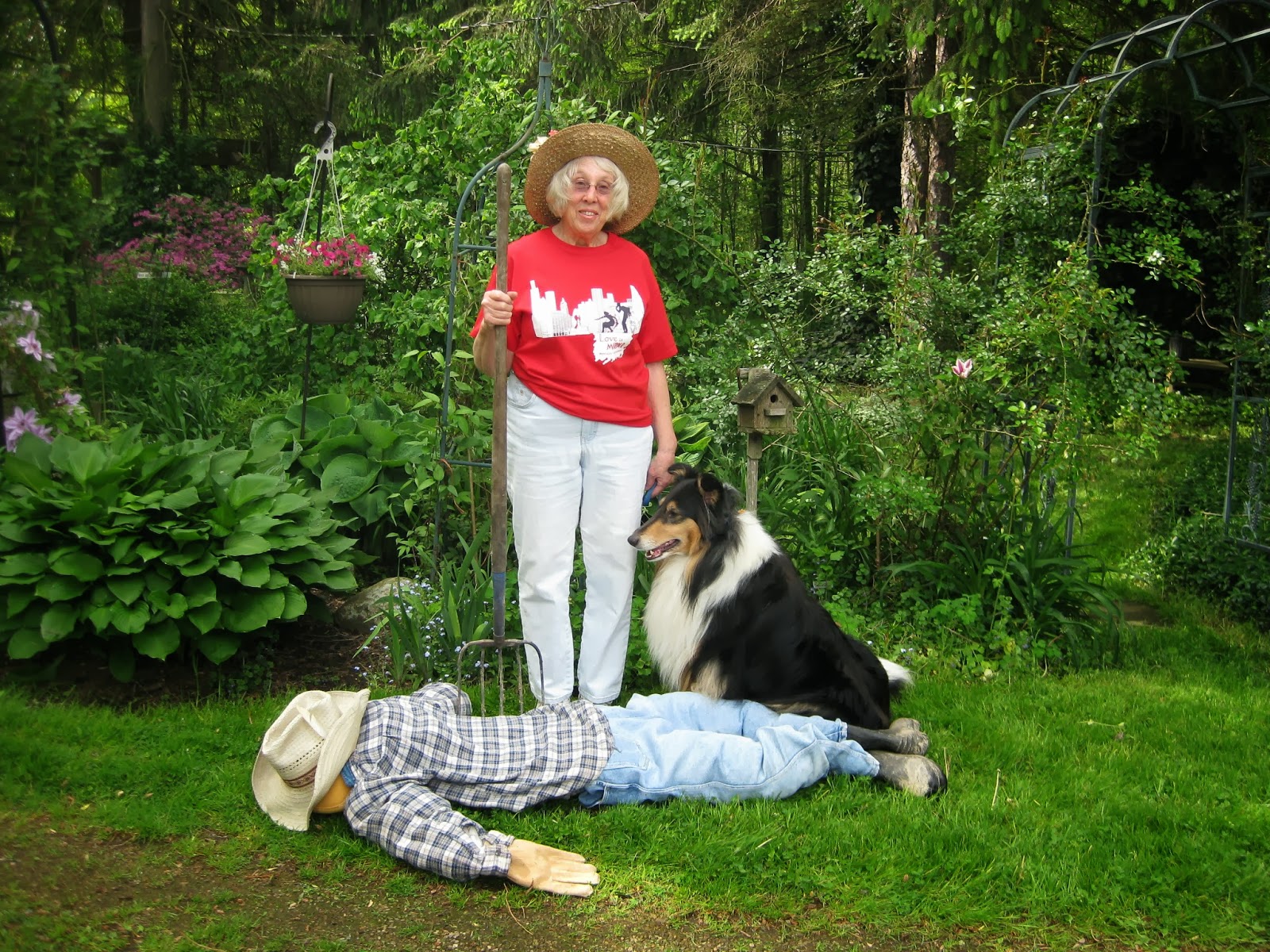 Because Writers Who Kill bloggers are all mystery writers, our topics usually deal with the art of writing mysteries or some topic dealing with writing or writers. However, I found that rather limiting since how much new can be added when there are eleven of us and many, many blogs for mystery writers and/or fans. Also, as I discovered some years ago while listening to NPR, I have a brain referred to as a monkey brain. Even if you haven’t heard the term before, I think you can get the idea. 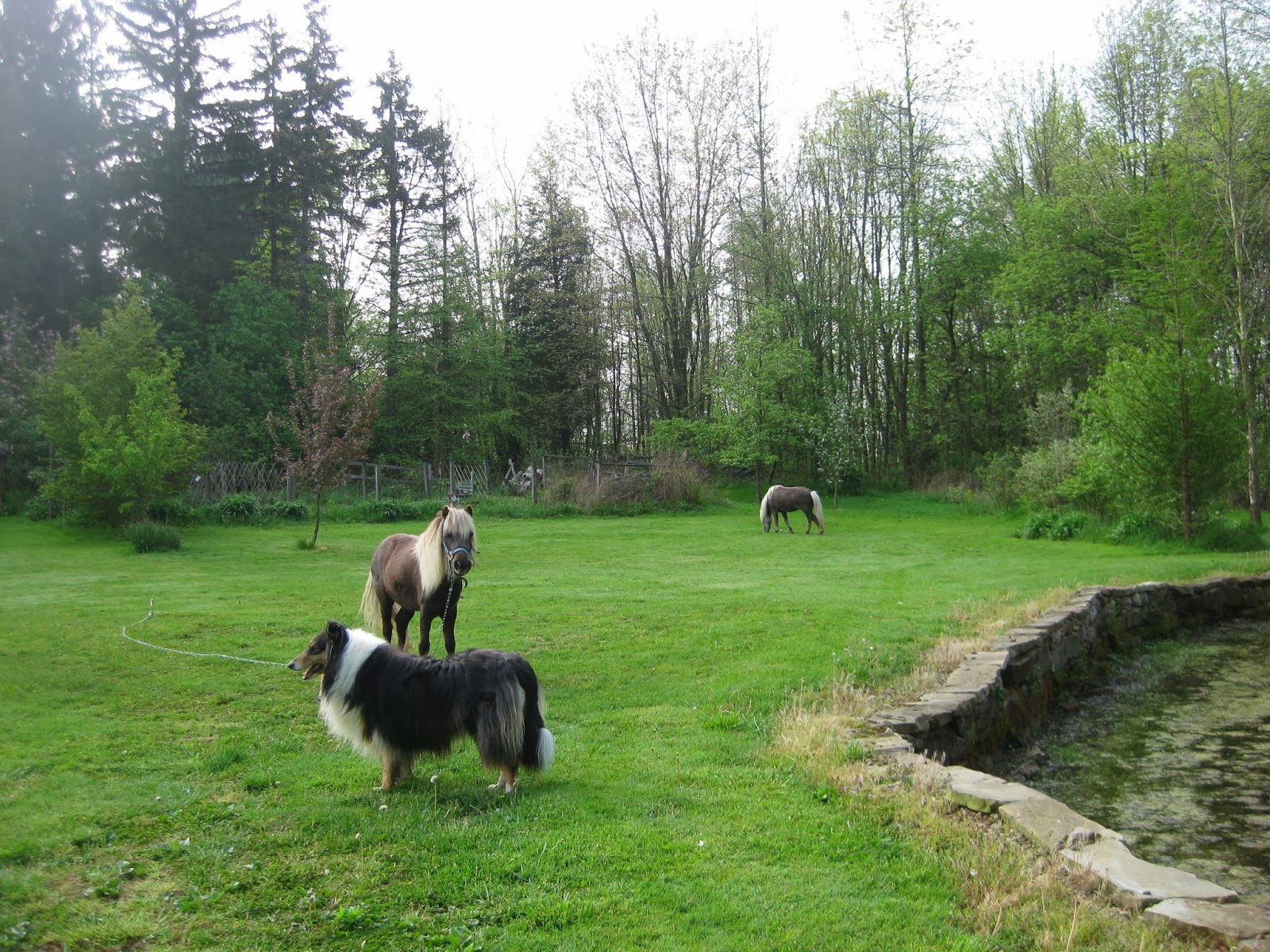 So over the past two years in addition to the many blogs I wrote about writing mysteries or writing in general, I’ve written about certain holidays; Valentine’s Day, Easter, Memorial Day, Father’s Day, Independence Day, Halloween and Thanksgiving. I’ve written about animals; cats, dogs, horses, skunks, possums, arachnids, insects and chickens in last week’s blog about bullying. I’ve written about gardening and all the seasons which are quite varied where I live. I’ve written about authors, poets and poetry, family members,
cemeteries, ghosts and unexplained events - those elicited the most comments – and numerous other topics. 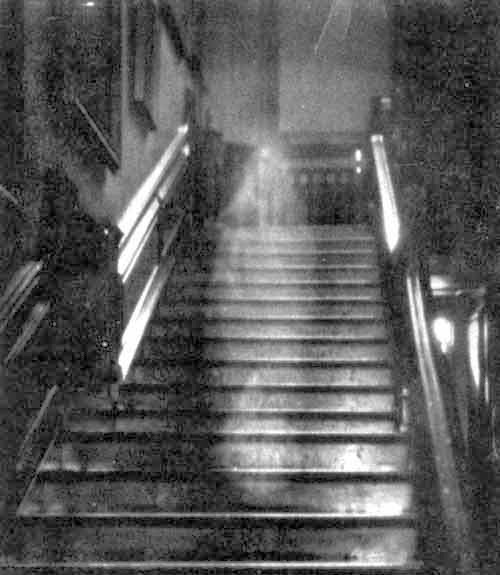 And now I start my third year at WWK. Blogging takes more time than the length of this blog would suggest. That’s probably why only Warren and I still do it every week on our specific days; Warren on Fridays and me on Thursdays. The others have gone to sharing days. Linda Rodriguez, Paula Benson and Jim Jackson also have their own blogs.

I don’t know how other blogging groups operate, but at WWK after we write our blog, we send it to the group for editing. After it’s edited and we make needed changes, we also have to find pictures for it before we can post and schedule it.

Is it all worth it? I’ll admit it takes more time than I thought it would when I signed on. Sometimes I wonder what I’ll write about next and then miracle of miracles – thanks to my monkey brain – at least one if not two or three ideas will come to me. So overall I think it’s been very worth it. Where else could I creatively write about bees, maple sugaring or cemeteries except in my journal which no one will ever read, probably not even myself. With blogging, I have an outlet for ideas that involves writing which is something I love to do. We often read and hear advice that to be a writer we must write – preferably every day. This is just another aspect of keeping the creative juices flowing. I have some people who follow my blog but rarely or never leave a comment, but they tell me how much they enjoy them.  So, yes, I plan on writing a weekly blog until I run out of ideas in maybe 5, 10 or 20 years. By then I may have forgotten what I blogged about in the beginning and can begin to recycle the old ones again. Think it will work?

What are your thoughts on blogs and blogging? Are they worth the time and effort?

I've written over 400 blogs, and with each one I write I ask if it's worth it. I do enjoy doing the flash fiction challenges, and I've met some truly wonderful folks, so, yes, it is worth it! I prefer it to FB, or twitter. I started doing it to advertise my blog talk radio show, and now do it because I like the community.

Gloria, like you, I've found blogging to be a learning experience and excellent for building writing skills. I've very much enjoyed reading your posts and getting to know you through WWK and at Malice. May you continue to write many hundreds more!

Up until this year, I wrote one blog and one interview per week. When other writers took on interviews I felt blessed to have less work because I will admit, contributing to a blog takes away from fiction writing. But, I do it for three reasons. I love to read. If I like a book, I want to promote it and find out more about the author and the methods they use for success. Blogging also reminds me that I'm a professional. I have deadlines. Many of my stories have been published, but few to paying markets. This doesn't pay either, but it reminds me of the goal. I also enjoy being on a team of writers. The support I've received from the writers of this blog is invaluable.

I can’t say that blogging has brought me a single book sale; I can’t say it hasn’t. For me, it’s about sharing experiences and community with my fellow bloggers and the world at large.

Sometimes someone will comment or drop me an email to tell me that something I said was valuable to them – and I get a warm glow inside.

Wow! You guys are all up early on this bitter cold morning - at least it is here.

Yolanda, I am really impressed. I'd like to check out your blog. I don't Twitter and rarely go to Facebook, either. Like you, Paula and E.B. write, I enjoy the community. Some of my very best online friends are my fellow WWK writers. They are amazingly supportive.

Paula, it is a great writing and learning experience.

E.B. I remember how you wrote both a weekly blog and an interview. I always wondered how you could manage it. Like you I love to read, and that's why I also want to write about some books I thought were so good. I bless the day you asked me to join WWK. I think it helps that we review each others work, too. We not only get help, but get to know one another better.

Jim, I agree with you about whether or not I sell a book, it's the experience and community I've found with my fellow bloggers that I cherish. Thanks for all the help you gave me yesterday, too. Now if I can only remember each step. A monkey brain has its limits. :-)

I commend you, Gloria, and the rest of the bloggers. The thought of a writing a weekly blog makes my stomach turn over. Every time I do a guest post I agonize over it, and it takes so much time for me. I've found a sneaky way out, and that's recycling blog posts I've done over the years to a blog on Goodreads. I just signed on to a once-a-month blog post about cover design, writing, and whatever else strikes the interest of the blog owner. My first one is today, and it took me most of yesterday to write. I don't think I'll get as complicated next time. Wishing you 100 blogs more, plus.

Gloria,
Congrats on reaching a milestone and sharing so much of your monkey brain with us. I don't know if your blogging has sold more books for you, but it has helped your readers understand your many facets beyond your books....and possibly some of the motivation for those very books. I appreciate both your blogs and that you take time to leave comments on other people's blogs like my "it's not Always A Mystery" -guess I share your monkey brain.

Polly, I don't write as many books as you do. You are a prolific writer so, of course, you wouldn't have time to write many blogs.

Debra, I don't go to other blogs as often as I'd like to mostly because I get behind on the Guppy listserv or because now that one can't just click on the link through Yahoo and have it pop up, it's more time consuming to type it in and then often Google claims it can't be found. Yes, some of those interests and experiences do show up in my books.

Hi, Gloria --
Congratulations on your 100th blog. I've been following your blog and am impressed that you've been able to write a weekly blog and keep up with your mystery writing. You've inspired a lot of writers, me included. I look forward to the next 100.

Uh oh, I've never stopped to count the number of blogs I've written. I was counting short stories but it got complicated when one shot story had print, electronic and audio forms. I find knowing I have a blog due gets me to the keyboard and once there other things get written too.

Congratulations, Gloria! Like you, I enjoy the opportunity to write about non-writing things that interest me. When I left the day job in August, I decided to go from sporadic to once-a-week posting on my solo blog and so far I haven't run out of ideas.

That said, it does take a certain amount of time--especially finding photos to go with the post! I also like the fact that because it's a solo blog if something comes up, I have no one else to answer to. Have to admit, I did enjoy taking a "blog vacation" over Thanksgiving and Christmas.

Thanks for your posts; they're always of interest.

Congrats, Gloria! I think blogging is a totally worthwhile exercise. It invites community, discussion and networking. Good things, all.

Grace, it's nice knowing you've been following me. You're comment encourages me to keep going.

Warren, you're so right about having a deadline keeps us writing whereas we can procrastinate if we don't have one. I only know how many blogs I wrote because I print them out along with the comments and keep them in a binder with post-it notes at the top with date and number. It's one of the few things I'm organized with.

Nancy, I'm not sure I'd be as committed to writing a weekly blog if I blogged alone. I can't let my WWK team down, nor do I want to. I will admit I liked our long vacation over the holidays when some of us posted holiday mystery stories that were up for a week at a time.

Sarah, I agree with you, and I was glad when you joined us. I like your blogs. We all have a different voice, don't we.

I really admire your dedication. I always enjoy your blogs, and can tell you that, at leat from mypoint of view, they are a very good use of time! Thank you.

Congratulations, Gloria! That's a big milestone. Thank you for sharing your thoughts and experiences with us through your blogs.

Thank you, KM. I'm looking forward to those you'll write when you join us.

Kara, thank you for all the encouragement you've given me since I started. You always had something positive to say no matter how weird the blog might be - like the time I wrote about the move to include insects in the diet. :-)

I always enjoy your posts and I find inspiration in the way your keep focused on your writing in the midst of a very busy life.
Congratulations on your 100th blog, Gloria, and may you write hundreds more!