January 2014 has arrived and settled in. I suspect it will take until around April for me to write “2014” on my checks. (I don’t embrace change well). The beginning of a new year often means making resolutions or pondering changes in one’s life and I’m no exception. Here are my resolutions for 2013. I mean 2014! Dang!


1.      Use less gravity. Gravity has been kicking my butt lately. Others talk about losing weight through exercise and diet but if I use less gravity, I’ll not only be lighter, I’ll have few wrinkles! Why hasn’t anyone thought of this before?


2.      Watch more TV. Apparently, last year’s resolution was to DVR more television, and we now have a backlog of 8 million hours. So I need to spend less time cooking, cleaning house, or doing any other domestic stuff, and plop myself down in front of the television.  I’m going to watch Downtown Abbey episodes AS THEY OCCUR, so I’ll know who writer Julian Fellowes has killed off at the same time everyone else does. AND, I’m gonna immediately post the victims’ names on my Facebook page so I can ruin it for DVR’ers who actually have lives that keep them from watching Downton Abbey on Sunday night. Ha.


3.      Okay, this is an important one, a writerly one: I’m going to get more rejections. Yes, you heard me: I’m going to amass a huge pile of rejection letters and emails. In 2013 I only received a few. Not because my writing was so stellar that every literary agent, journal, and publishing company where I submitted snatched up my work. No, I received few rejections because I only submitted a couple of queries the entire year. I’m delighted that I placed two pieces (brag, brag) but truthfully, I should have submitted every short story I’ve written at least a dozen times.


If you’re a writer, you should consider this resolution, too. And I have a great suggestion for your first submission: The Journal of Universal Rejection.  http://www.universalrejection.org/#about


What I love about this journal is that it pledges to reject every submission it ever receives. “The founding principle of the Journal of Universal Rejection (JofUR) is rejection. Universal rejection. That is to say, all submissions, regardless of quality, will be rejected. Despite that apparent drawback, here are a number of reasons you may choose to submit to the JofUR:


·         You can send your manuscript here without suffering waves of anxiety regarding the eventual fate of your submission. You know with 100% certainty that it will not be accepted for publication.


·         There are no page-fees.  You may claim to have submitted to the most prestigious journal (judged by acceptance rate).


·         You retain complete rights to your work, and are free to resubmit to other journals even before their review process is complete.


·         Decisions are often (though not always) rendered within hours of submission.”


Once you submit to the Journal of Universal Rejection, you may be fortunate enough to have your rejection letter added to their blog. I found this excerpt from one rejection to be quite insightful: “Regarding your essay, "Captain Kirk and Capitalism" -- insightful work. Brilliant work. We are impressed with your liberal use of commas, creative distribution of the words "lubricate" and "fetish", and your ability to bandy about the term ‘Tellarite pig nose’, which we mean to look up. Maybe tomorrow.” 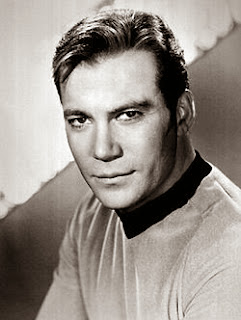 Despite this glowing review, the Captain Kirk article was rejected. See? Submitting to this journal creates NO angst, no bitten nails, no pacing about the office. So start submitting. Get yourself rejected. Let yourself get USED to being rejected, then submit all over the place. Because that’s when the happy surprise comes.


Happy writing, everybody.
Posted by carla at 12:00 AM

Gave me a smile. Thanks.

Funny blog, Carla. Love it. I watch very little TV, but Downton Abby is a must for me as well as the mysteries on PBS.

Downton Abbey is like Game of Thrones. DON'T get attached to anyone. Talk about writers who kill!

Thank you for the great start to my day, Carla. Here's to more rejections in 2014!

Thanks for the laugh, Carla. Now I will add an additional New Year's resolution to my list--submit one story to the JofUR.

I'm going to have to Google Captain Kirk and Capitalism. I bet it got accepted somewhere. Who wouldn't want to read about that?
But, meanwhile, thanks for the new submission source. At least it sounds like you get a personalized response!

Also: I totally agree with Carla. Downton = GOT as far as bloodshed.

Thanks for a sharp, entertaining post. And The Journal of Universal Rejection is a riot! I just sent them a submission, a short humor piece about rejection notices.

I keep record of my submissions (and hence rejections) on index cards ina file box. It's less discouraging than a spread sheet, even if I could make a spread sheet work right.

As for writing the date--one of my tasks each new year is to write the year on all the checks in my check book. It saves a lot of grief & ruined checks. Other than that, I sometimes find myself reverting to previous years.

Thanks for providing an entertaining read for the day!

I'll be querying this year, too, Carla, so make room for another rejection queen. Thanks for the laugh!