A call from my college-attending and bummed-out daughter reminds me of how timing plays in life. She found herself odd woman out at a party. While all of those college students around her coupled, in a crowd, she stood alone. I passed on words of wisdom to her, my own mother’s words resounding in my head, to make her feel better. “Timing is important in life.” Space and time are connected. If your timing is off, you’re in the wrong place, probably doing the wrong thing. Put your focus somewhere else and do something else to see if your timing changes—hopefully for the better. We can’t change time, but we can alter where we are and how we use that time. That’s also good advice in writing novels. If your timing is off, change the setting or the action—timing adjusts.

Timing also changes with a writer’s choice of POV. I often write in third person because I want to show simultaneous events, which I can do by heading a new chapter with a different character’s voice. When the characters finally do meet up in time and space, the reader knows how each of them got to that point in the plot. The characters’ separate fractions add up to a whole, which I think is realistic, given that individuals focus on one aspect, following their own logic and interest. First person POV limits time to that of the main character. 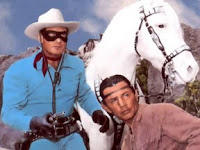 Tension mounts as our protagonist delves deeper into the plot. When the bad guys jeopardize his life, our heroes, the Lone Ranger and Tonto, ride in at the last possible moment and save him. Lassie, another hero, saves Timmy with split-second timing. From the sound of her bark, the bad guys don’t know of her sweet nature as we do. Miss Marple, Holmes, Colombo, Spenser and Hawk, Nancy Drew, and Monk (to name a few) always reveal the murderer, a great way to end a TV show or a book. The formula for Romance books, historically the bestselling category now usurped by mystery, is “Happily Ever After (HEA).” In mystery, Justice Prevails (JP-my newly created acronym) is the usual formula. (Have we given up on love, settling for justice?)

In mystery, the reader anticipates that justice will prevail while watching or reading. That feeling of anticipation, produced by the writer, is what defines pacing. The main character’s (s’) interaction in the plot and its culmination defines timing—in many TV shows and books that karmic split-second timing. HEA or JP is a great way to finish. But like a TV show or in a book series, the formula becomes anticlimactic. For a writer, this is a double-edged sword. We want our readers to believe in our hero and champion our protagonist. But isn’t it all so predictable and boring to write the same ending repetitively?

I suspect that although anticlimactic, this is one aspect of books or TV shows that audiences like, and is probably the reason that romance and mystery are popular. Those HEA and JP endings reassure those whose lives are less than predictable. And really, doesn’t that include everyone? They’re what readers want, and what a writer needs to give to them for marketability. So how does a writer pace a novel with mounting tension and create a HEA or JP endings without writing a formula novel?

Consider Spencer Quinn’s main character, Chet, the dog partner of PI Bernie. Chet relies on his senses eventually helping Bernie get the bad guy. But Chet can’t put one and one together well or too soon, so Quinn creates diversions to pace the action. Chet sees the knife, he smells the blood, smells traces of the perp on the knife, he knows that a big revelation is about to occur in his brain, one the reader has already figured out—but, out of the corner of his nose he smells—a Slim Jim! All logic goes out of his head until later in the book when the smells come to him again, when the plot thickens, tension mounts, no diversions are evident, and he helps Bernie wrap up the case. Quinn’s diversion, as simple as a Slim Jim, prolongs the action, spreads out the pacing for a timely finish.

Marilyn Alt’s main character Maggie, in her Bewitching Series, breaks her ankle. The broken ankle has become a plot device she uses, so far, in two books, lengthening her pace, as we hobble along. What does it accomplish? Rather than rely on her body, Maggie develops more of her witchy powers, forces her to rely on a newly formed love relationship, and depends on friendships pulling secondary characters into the plot. Maggie also finds that although she thought her timing was horrible, it’s not. Alt brings the idea of timing full circle.

In Snow Falling on Cedars, David Guterson uses snow as a character, which paces the book like silent and steadily falling snow, masking truth as it covers the ground. While the main character remembers and reveals the truth, the snow melts. “Real” elements of geographic coordinates, winds and tides become the “timing,” upon which the main character solves the murder. The author’s literal use of timing becomes figurative.

My book, TOASTING FEAR, relies on split-second timing at the end. But I won’t reveal why this timing will dismay my characters, even when they do solve the murder. Sometimes great timing isn’t all it’s cracked-up to be.

How have you paced your books? Does timing play a factor in how you structure your novel? Have you chosen your POV utilizing what each has to offer in the pace and timing of your plot? Do you use devices to change pace?
Posted by E. B. Davis at 12:30 AM

Email ThisBlogThis!Share to TwitterShare to FacebookShare to Pinterest
Labels: E. B. Davis, Writing

Pacing and timing are essential. After the opening hooks the reader, the writer has to avoid the dreaded
"data dump" when the entire back story is plopped down like a truck load of mulch for the reader to trudge through before the action starts again.

You have a gift for analogy! Yes, data dumping is a problem and also deadly middles, where the action bogs down and the reader wants to quit. I like the humorous and inventive ways some authors create to slow or quicken pace. As a writer, I have to read my entire script to be able to know my pacing. Writing chapter by chapter doesn't reveal that landscape.

Timing and pacing don't become a critical issue until I've finished the first or second draft and start working on increasing suspense. Different suspects and blocks planted by the bad guy drive pacing and timing sometimes. The protagonist is frustrated and has to dig deeper to solve the story and find the real bad guy.

Good thoughts. I find pacing is one of the more difficult things to get right. I like the lull with the storm brewing on the horizon, but it can be hard to convey that tension in the air.
I also like the dog in the picture. Is that a Basenji? Darling.
Anyway, it was a good post and makes me think.

Oh, once again Warren took the words out of my mouth. Pacing makes or brakes (I spelled it that way intentionally)a book. I just finished judging contest entries where my number one comment was "Your pacing is off," "You're going backwards instead of forward." Very timely post ;)