Writing to a Prompt by Debra H. Goldstein 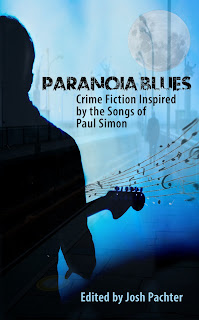 Writing to a Prompt by Debra H. Goldstein

Sometimes, when life overtakes my creative side or I need a break from a project that isn’t flowing the way it should, I opt to write a short story. The word count of the short story can range from 500 to 5000 words, but my sweet spot is closer to 2500-3000 words. If I’m tired or simply not generating new ideas, I look for a submission call with a writing prompt. The prompt may be a word, phrase, or sentence that must be used, or it may be a thematic concept. During the past few months, two such stories of mine were published.

The anthology Paranoia Blues: Crime fiction based on the songs of Paul Simon (edited by Josh Pachter) was released on October 31. The title gives you the clue that each author had to make any Paul Simon song from an assigned album the basis of the story. Which song we chose and how we interpreted it was up to each writer. My album was So Beautiful or So What, which he released in 2011. I carefully listened and read the lyrics of each song on the album and thought of different ways I could develop a story beyond what existed. I narrowed my song choices to two, but I was torn between both. Then, I saw a news story covering a protest involving people living in a tent city near a park. I knew, based upon the lyrics of the title song, where my story needed to go.

My story, also called “So Beautiful or So What,” kept the tent city and park setting, dropped the protest, and changed the perspective to the viewpoint of the homeless – focusing on their interaction to stay alive and reaction when murder invades their world. Although there are paragraphs in the story that track actions mentioned in the song, the world I created goes far beyond the lyrics, but still pays homage to Simon’s work. 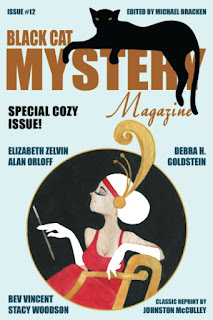 Last year, Black Cat Mystery Magazine announced an open call for cozy mystery stories. The use of the word cozy prompted me to know the story had to have an amateur sleuth, be set in a confined space, have no blood, gore, sex, or dirty words on the page, and would need a twist ending. Wanting to distinguish myself from the other stories submitted, I opted to tell my story, “The Girls in Cabin Three,” through a series of letters or postcards written by a camper to her parents. For fun, I added references that people familiar with the Hello Muddah, Hello Faddah (Camp Granada Song) might recognize and chuckle at. The story was accepted and published in Black Cat Mystery Magazine #12.

In both instances, writing to the prompt gave me a beginning that allowed my creative juices to flow. If you are an author, do you find writing to a prompt helpful or stifling? If you are a reader, do you enjoy anthologies or magazines devoted to one theme?

Congrats on both stories, Debra. I've had only had modest success writing to prompts, partly because I often don't start thinking about the prompt soon enough.

I love writing prompts. I don't know why--perhaps because they provide the starting point that without puts me out in a void of writing blankness. It a forest for the trees thing. How can I focus on one tree when there are too many to choose from! Congratulations on the shorts!

I love this writing tip, Debra, and your short story success!

Short stories are my go-to, both for reading and writing, when things seem too overwhelming to concentrate long enough to savor a novel.