Mentors for a Reason, Season or a Lifetime by Debra H. Goldstein 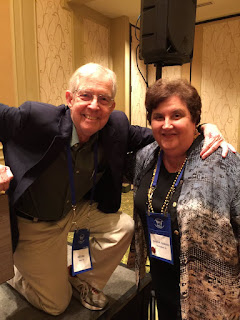 Mentors for a Reason, Season or a Lifetime by Debra H. Goldstein

An unknown poet often is quoted in slideshows, Facebook posts, and books of thoughts to live by as writing: People come into your life for a reason, a season or a lifetime. For me, this idiom hasn’t proven true in the writing world. Instead, each writing mentor coming into my life fills all three roles. Each has been there for a specific project, element of writing, or modeling of behavior for an ongoing or defined period of time, but what I’ve learned from each will stay with me for a lifetime.

For example, when I attended my first Malice Domestic, in 2012, I found myself alone in an elevator with Carolyn Hart. I stumbled over my words as I tried to tell Ms. Hart how much I enjoyed her books and was delighted she was receiving the Amelia Award. She was most gracious, even when I tripped over my own feet backing out of the elevator. During the weekend, when she was interviewed, she did something none of the other honorees did – instead of touting only her own accomplishments, she plugged an up and coming writer (Terry Shames). At the Sisters in Crime breakfast, Carolyn and another New York Times bestselling author had a programming idea for the “We Love Libraries” project. Rather than demanding or assuming it be implemented, they asked my opinion as the initiative’s coordinator. I barely kept it together during our discussion. At the end of the conference, again together in an elevator, she kidded “We can’t Keep Meeting Like This,” and I replied, “You’re right, Carolyn.”
Although our paths subsequently crossed occasionally as acquaintances, I believe, even though the season was limited to that weekend, the reason for our interaction was to put me at ease at Malice and in the writing world. It was her example of a grounded personality and humility that will stay with me for a lifetime. 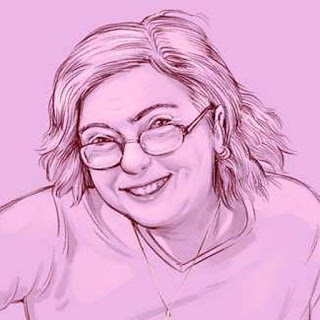 After reading “Thea’s First Wife,” I wrote my first fan e-mail to author B.K. Stevens. In the e-mail, I expressed my awe at the story and asked if she taught internet writing classes. She didn’t, but she wrote me a detailed note of things I should read and could do. We became friends. She was one of a group of people who encouraged me to have the guts to submit my work to Alfred Hitchcock Mystery Magazine and Ellery Queen. The last time we were together, before her untimely death, was at last year’s Malice conference when the new Alfred Hitchcock Mystery Magazine issue provided to every attendee featured my story, “The Night They Burned Ms. Dixie’s Place.”

A few weeks after the conference, I received a package from Bonnie which contained several copies of the issue and a note telling me she knew I’d want extra copies and that the story was award winning. Her words alone would have been a compliment, but I wish she could have known other writers and readers agree with her – “The Night They Burned Ms. Dixie’s Place” is a finalist for this year’s short story Agatha Award.

Bonnie, or B.K., was only in my life for a few years, but reading her works taught me technique. Personally, she instilled confidence in me. Both things, and the hope of emulating her willingness to help other writers, will keep her with me for a lifetime. 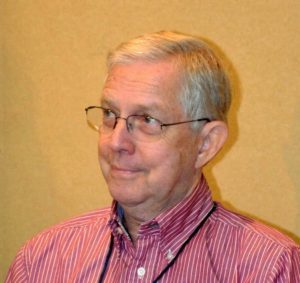 When I was assigned to a panel with Bill Crider, my impression was of what an unassuming nice guy he was. His bio said he’d been a teacher and the calm way he came across belied that fact. Thinking he was a nice Joe, I invited him to write a guest post for my personal blog, “It’s Not Always a Mystery.” He agreed. A few months before his post was scheduled, another friend called to say my blog was cited in his Ellery Queen column as one that lived up to its name – it offered thoughts on writing and general life from Debra H. Goldstein and her friends. The week I wrote to remind him his promised piece was coming due, he responded he was appreciative of the reminder and would dash something off that day because he was going into the hospital for some testing the next day. I offered to forget his piece, but he wanted to fulfill his obligation. He sent me an excellent piece on writing, which I received while he was undergoing the tests that diagnosed his cancer. I printed the piece that week and reprinted it the week he announced that the doctors advised him the treatments were no longer working and he should enter hospice. (http://www.debrahgoldstein.com/guest-blogger-bill-crider-write-novel/ )


I can reread Bill’s lesson on writing and look at the mention in his column where, unsolicited from me, he gave my writing career a vote of confidence, but it was reading his posts about the VBKs and seeing how he handled himself during his final months that left an impact. Bill was humble, a gentle man and a gentleman. Again, an individual who came into my life for a reason, season, and a lifetime.

The writing world is filled with mentors. They don’t necessarily take inexperienced writers under their wings and teach particular skills, but the way they act, treat others, and live their lives impacts others in small and large ways that can last a lifetime.

Debra, what a beautiful tribute to three giants in the mystery field. I'm so glad you've experienced close and meaningful connections with each of them. Thank you for showing the same generous spirit toward many others navigating the path of mystery writing.

What a lovely tribute, Debra. Mystery writers are truly a giving group of people. As Paula notes, thank you for showing that same generous spirit, too.

Debra -- a great tribute and a demonstration of the reason why I so enjoy the mystery community.

The mystery writing community is, just that, a community.

Paula, Kait, Jim, and Warren.... and all of you make the writing community the better for being there. Thank you for commenting today.

Most of the time, the mystery/crime writer community is supportive and helpful! How lovely you found that to be true--and have given recognition due to people who have helped you.

Well, I'm breaking my rule of not commenting on blogs...again! A wonderful post, Debra, that speaks to the giant heart of the mystery writing community. I've found that to be the case on multiple occasions, even in the relatively short time since I joined the "killer" ranks (murdering only on paper, mind). Eona Calli

KM, These are simply the tip of the iceberg of folks who have helped me. Each step of the way, there are mentors. Being shy and out of my comfort level, it has been wonderful to be embraced and educated. Sometimes, it is direct help; sometimes indirect. When I read your books, I got a great education on how to make a character real. In the books I read, your protagonist has flaws and imperfections balanced by warmth that I could see through his actions. See, another mentor.

Eona (anonymous),
Thank you. The mystery community is caring and welcoming. Whether big name, mid-lister, or bottom of the heap, everyone is so generous. I'm thankful for that.

I so enjoyed this post, Debra. I'm glad you included the link to Mr. Crider's blog - now I'm feeling misty, missing someone I've never met. Have you ever felt that way?

What a terrific post, Debra. You've taken time to do what so many of us don't take time to do--acknowledge the help we receive from others--you being one who has helped me on many occasions.

I love that season, reason, or lifetime saying. I've told me daughters that people come into our lives for a season, a reason, or a lifetime, and it is up to them to determine which category people fall into. They've told me many times how valuable that saying has been to them.

Looking forward to seeing you at Malice.

Grace,
The help has been reciprocal. See you at Malice.

Dear Debra: you have had such wonderful mentors and I really appreciate your sharing your special stories with each. I received a critique that sent me off in the best direction ever and to this day, my friend is such a wonderful friend who is more than willing to help anyone. Thank you for your help with Guppies!

Debra, that's a lovely visit with three of our best writers and most generous mentors. I also met Carolyn Hart at Malice Domestic in the 1990s, and she was just as you've described her. We're fortunate to be part of such a community. But we have their books, and the VBKs as well.

This is a beautiful post, Debra! Thank you for sharing.

Loved hearing about your mentors.

Agree about the mystery community—I see people paying it forward in so many ways. 🙂

I love this post! All three of those have been very kind to me, too. Carolyn Hart at my first Malice, and Bill Crider, and B.K. Stevens later. I'll never forget my first moment meeting any of them. Bill and Bonnie were bright, shining comets in the mystery world, as Carolyn still is. What they all had/have in common are talent, kindness, and humility. Fine examples for all of us.