About Anger by Warren Bull

About Anger By Warren Bull
Image from http://Pinterest.com 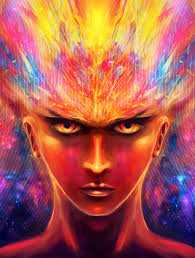 Writers often depict characters who lose control of their anger as well as characters who manage it well. So what is anger and how is it controlled? Read on.

Stuff ? Vent? Count to ten?  Stuffing it is sometimes a good idea for the short term when expressing anger would be counterproductive. No matter what you’ve heard, venting does not dissipate the emotion unless there are changes in whatever caused the anger. Counting is the best choice if we count slowly and use the time to analyze the emotional situation. Let me explain.

Fear, sadness, happiness and anger (and possibly surprise and disgust) are called primary emotions. These emotions are instinctive and automatic, which means they happen to us before we can think about them.

It’s not hard to see how an automatic reaction would be a good thing for an early human. As an example, lets talk about fear, when confronted by a giant bear or a saber-tooth cat some stopped to ponder, “Hmm that beast looks hungry. Perhaps I should contemplate removing myself from the immediate surroundings. Yes I believe so. I shall depart.” Those people often became the predator’s lunch. Others reacted immediately and became our ancestors. Basic emotions are hard-wired into us.

Anger is very useful when it is the first emotion experienced. It’s a sign that something serious is happening. Anger can be described as a feeling of antagonism directed at someone we believe has wronged us deliberately and unjustly by taking something away from us. What is being taken is not necessarily an object. Accusations or humiliation may hurt our reputations or self-esteem.

However anger also occurs as a secondary emotion. When we experience a degree fear or sadness that leaves us feeling vulnerable, anger may pop up next. Anger is less painful than the primary emotion but it is seldom helpful in resolving the events or issues that caused the emotional response. In my experience, temper tantrums and screaming rarely persuade another person to adopt my point of view.

So, after taking a moment to identify which emotion is primary, I conclude that I am feeling scared and vulnerable. What can I do to reduce the risk? Can I ask for advice? Can I start over? Is this a situation where anyone would feel a bit out of control? Identifying the basic emotion allows me to take effective actions toward diminishing discomfort.

For example, the first time my wife and I visited a particular church we felt ignored during a social time after the service. I interpreted my growing annoyance as feeling like an outsider. I approached someone and introduced myself, which helped with the real concern and my anger quickly faded away.

What if anger is my primary feeling? I can run a quick check on what’s causing the anger. Am I actually being wronged? Is the other person behaving intentionally and unjustly? Am I at risk of losing something?

Another example, when I started a new job, I was instructed to meet with people throughout the organization to learn about all the different services available for clients. When I went to meet with one supervisor he kept me waiting for close to an hour in the waiting room. It gave me the chance to get really steamed up.

When the supervisor finally appeared, he apologized, saying he lost track of how long I had been waiting. He said he thought my having to meet with him was a waste of time for both of us since I would not be working in his program.

Was my anger justified? Yes. The other person had wronged me. He wasted my time. Did I get angry? Yes at first but I concluded that anger might be detrimental. By the time I saw him I had decided not to express anger.

It certainly helped that the supervisor immediately apologized, which served to acknowledge the validity of my anger. However, I would have been calm even if he had not. I wanted to stay on good terms with him. I also knew he would talk with my new boss. If I exploded in anger at the supervisor, my new boss would hear about it. As it turned out, later on the supervisor became my boss and we developed an excellent work relationship.

In a different job, I did express my anger. Without telling me, my supervisor decided to move me to a less desirable office. I worked there part-time and a new full-time person had been hired. So the move was absolutely justified. I did not get angry about the move. I got angry about how the move was done. I showed up for work and the new person was already in “my office.” From the new hire, I learned I had been moved. I went to the supervisor and said something along the lines of. “I’m really angry with you for not telling me I was being moved to a different office. I worked here the entire day yesterday so there was plenty of time for you to come to me and explain. Leaving the explanation up to the new person, I think, was unfair to her and to me too. It seems to me to be a rather cowardly way to act. That’s all I have to say.” Then I went to where I was assigned and started to work.

The supervisor did not respond. I didn’t need him to. I expressed my anger. I was satisfied. There were no negative consequences.

I expressed myself with “I” statements. I offered my opinion, not stating anything as a fact. I did not ask for an apology. (Apologies are mostly beneficial to the person who apologizes but that’s another article.) With a different supervisor, I might have chosen other words to describe of his behavior.

So that’s the twenty-five cent guided tour of anger. It is sometimes a very useful emotion. However, when it covers up the primary feeling, it can get in the way of recognizing the real underlying issue. Please feel free to let me know what you think and ask any question that occurs to you.

Warren, I get annoyed at times, but never really angry except recently when I asked a friend who was in my graduating class, in one of the book clubs I' in and sit next to in church if she liked the short story - a mystery - that was in my church St. William's OUR FAMILY NEWS that comes out every three months if she read my story "Mincemeat is for Murder" as we were getting ready to leave. She looked at me scowling and said with anger in her voice, "Yes, and I hated it. It had no business being in a Catholic newsletter." I was floored and stewed about that lying awake nights wondering if others in the church felt that way, too.

Two days later I emailed the editor, who happens to be a big fan of my books and suggested that I send him some of my short stories to include in the news letter that he started a
couple of years ago. The first one "The Professor's Books" he broke down into four parts so
it was spread out over the year. He emailed me back, and said Father Balish, our pastor, enjoys my short stories, and he and others in our parish were on him to let them read the
other parts of that stretched out story in advance. When he told Father Balish about what
my friend Carol had said, he and Dan, the editor both agreed that she was always complaining about something which is true. He also said the news letter was about what
was going on with the parishioners and if they wanted religious postings they could come to Mass and hear his sermons. So I let go of my anger and still sit next to her and greet her with a smile each Sunday. I found out that she told another member of the book club what she had done, who also sits with the half dozen people or more who are in that book club, and that member told her what an awful thing she had done. I feel holding onto anger hurts the person who can't let go of it more than the person they're angry with

Thanks, Warren, for a very beneficial post. I can see how this can help up in our personal lives, and also with our writing. Often we have characters who experience anger and it's good to know how to portray it--both letting it out and suppressing it.

Thank you, Warren, this is great food for thought. The technique of using a quick check and questioning why anger is felt is a great idea.

Gloria, You are SO right about that.

Excellent post, Warren. Anger is a difficult emotion for me to write. This technique questioning will help resolve the problem of too much or not enough.

Warren -- thanks for the thoughtful approach to anger, which has long (and the older I get the longer it gets) been one of my issues. Perhaps in little steps I can put into practice some of your practical suggestions on how to think about and then act upon my anger.

This was a helpful blog, Warren. Stepping back and being able to analyze feelings seems like an advantage of writers, unlike in real life when the emotion comes out before we think. Although I'm getting much better about that now that I've been tweaked by some sociopaths who love to get people upset--their game. Now I stop (or try to) before I emit.