Lies Our Mothers Told Us


My mother apparently did. She was pretty smart, but when my father was around, you’d have thought she never had an independent or intelligent thought herself. And she definitely wasn’t “that kind of girl.”


I never found out what she told the boys about girls, which is probably just as well. None of them dated until they were almost adults, and then were very reluctant to introduce a girl to the family.


Somehow, everybody except me always had the dibs on the truth. The teacher was never wrong, even when I wasn’t at the lunch table where somebody threw raisins. My brother would never claim I did something I didn’t, so there was no point in telling a lie to get out of it. (Meanwhile, said brother is standing behind Mom, grinning and sticking his tongue out.)


She’d tell us that the reason we couldn’t go out after dark was because the night air would make us sick.


And that sleeping in any position but flat on our backs would give us arthritis.


Reading by the hall light after we’d been sent to bed would make us go blind.
Handling frogs or other such creatures would give us warts. It did keep any number of creepy things out of the house.


There was the standard, “If you make faces like that, your face will freeze that way.”


Clothing came in for its share of lies. The socks and underwear you get for Christmas are magical, because Santa’s elves made them at the North Pole. If you ask about it, the response is always, “You’ll see.” I never did.


If you didn’t wear a hat when you went out in the cold, you’d get sick. That was especially puzzling because, as young girls, we left to walk to school and church with heavy coats, hats and mittens, but short skirts, leaving our knees and thighs unprotected from the cold. The thin panties really didn’t do much to keep our little butts warm, either. Not even the fancy ones with ruffles that had been made by the elves.


However, if we didn’t wear the itchy wool socks that came to just over our ankles, we’d end up with chilblains. I never had a chilblain, but my mother used to get them when she was a child and described them in the most frightening terms.


Of course, going outside with wet hair would surely bring on death by pneumonia. At a time when not many people had hairdryers in the house (we certainly didn’t) that could relegate a girl into remaining indoors for several hours. In a way, it explains the old excuse for turning down a date—“I have to wash my hair.” And since you couldn’t go to bed with wet hair, either, clean hair had a truly inhibiting effect on your schedule.


A whole array of foods prompted their own stories.


Drinking coffee will stunt your growth and make you darker.


Not drinking enough milk means you will never grow tall. Look at your Aunt Mary—she never drank milk when she was a child, and she’s not even five foot tall.


If you swallow watermelon seeds, a watermelon vine will grow in your stomach.


Eating too much asparagus would make children’s pee smell funny. Well, it did, but it does that to adults’ pee, too.


My mother said we were obviously all tremendously spoiled. If we were really hungry, this food would taste good to us.  Although I managed to choke it down, a dinner of tofu and vegetable casserole never did taste good to me.


What lies did your mother tell you? 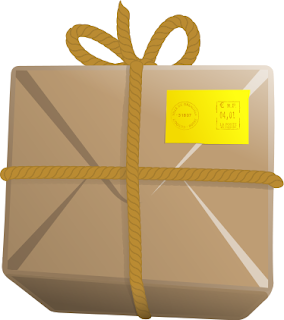 Our starving children were Chinese.

When I was being punished by spanking: "This hurts me more than you."

Many myths, misguided notions, and half-truths from my mother.

I tried to be straight with my children, but this gem popped out one day: "If you eat your bread crusts, you'll have curly hair."

And there I was, trimming crusts until she went to college.

These are all great - have heard variations on most throughout my life. Makes me wonder what gems my son would add to the list.

Jim, those starving children certainly did move around a lot.
When I heard the parent of a friend say the bit about "hurts me more," I was truly puzzled. My parents never said anything faintly like that, and I couldn't fathom the notion.

Margaret, my father, who seldom saw us other than at dinner, would tell us that not eating what was on our dinner plate, would give us "straight white hair and curly brown teeth."

Julie, more than once I have been appalled to hear my mother's words come out of my mouth when I was upset with a child.

Our starving children were in Korea. My mother used to threaten me if I made a face that my face would freeze like that. Hum, did it? Nah.

There was something about not driving with the windows open or my face would freeze and if I slept with wet hair it would too. My mother, now that I think about it, had a think about frozen faces!

Child of the Depression though she was, it meant a lot to her that we would always leave a tiny bit of something on our plates for Mr. Manners. That way your host would believe you were too full to eat another bite. It's a tradition so ingrained in me that I still practice it.

This is funny. My mom and dad didn't exactly tell us lies, but they reminded us when we didn't want to eat our supper that there were starving children in China who would love to eat what we had which wasn't exactly a lit. My brother and I weren't allowed to leave the table until we ate everything, and my brother always bribed me some way to eat his green beans so they
never knew he didn't eat them. If my mom or dad ever told us any lies, I don't remember them.

The starving children had moved to China before I heard about them.

The sad thing is that there are starving children who would be glad to get the food our children won't eat, but we have no way of getting the food to them. In many instances, the distribution is more problematic than acquiring the food to distribute.

Kait, that reminds me of my old Irish aunts, who said you must always drop a bit of food on the kitchen floor for the little people. It was always gone--I wonder if the dog had anything to do with that.

Gloria, we weren't allowed to leave the table until our food was gone, either. One of my most terrifying moments as a child was when I slipped the dog my creamed squash. He evidently didn't care for it much, either, because he took it, but then spit it out on my father's shoe.