My current writing tasks include editing others’ novellas and rewriting some of my own work. If you are a published author, you may not want me reading your book while I am in this strongly focused editing mode, because I notice flaws (or at least what I consider flaws). Recently two have stuck out in books I have read.

She shrugged her shoulders and … and I’ve stopped and mentally crossed out her shoulders. Have you tried shrugging a leg recently?

He nodded his head. Try nodding your knee a few times. How did that go?

She reached her hand. Now, I’ll grant one can reach a foot or a toe, or with a tongue, even with an elbow, but if it’s a hand we’re talking about, my sense is that the reader presumes the reaching is done by a hand unless you specify another body part.

Sometimes I trip over a flabby modifier that should either be eliminated or strengthened. For example, “There were about six thingamabobs.” Occasionally the story does revolve on there being about six of something, but most often six or a half-dozen suffices. 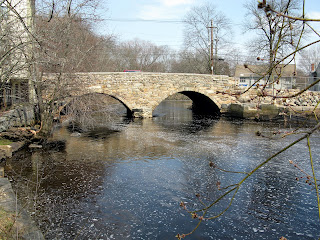 I’ve noticed several instances where the presentation order in exposition, or a combination of exposition and dialogue, is off. Often the sequence involves a tell coming before the show that illustrates the point. Consider this bit (totally made up):

Hannah was so mad she couldn’t talk. Steve slammed out of the car, closing the door so hard her ears ached from the bang and her sunglasses dropped from the overhead compartment. “Up yours,” he shouted. Grabbing for the sunglasses before they hit the gearshift, she knocked them under the seat. While retrieving them, she scratched the right lens beyond repair. Her fists tightened so hard in anger she snapped the earpiece. “You . . . you.” A vision of her dead mother appeared before her, and she couldn’t spit out the cussword she had intended.

Don’t you agree this would be stronger without the first sentence? I think as writers we stick in that first sentence to remind us where we are going. That’s fine for an early draft, but it should be excised before the final version. And did Steve utter his words after he had gotten out of the car and slammed the door? Or had he spoken those before or during his exit? 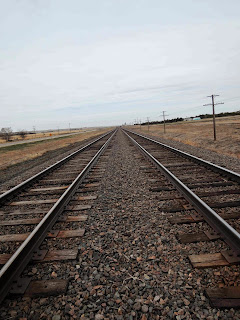 An example of this problem starts with a summary sentence, say: Hannah was glad the day had gone so well, even though it had a miserable start.

The author then takes us through Hannah’s actions throughout the day, all in the past tense. Even well written, the bad stuff happening to Hannah lacks suspense because we already know she considered the day had gone well.

Okay – those are my two complaints for the day. What’s bugged you in recent reads that you wish the author or editor had fixed?

While your first examples were good as examples, they also tickled the pet peeve of my editor and now mine: use of nodding and shrugging. Almost everyone (including me) tends to use them too often and that also adds up across multiple books.

They're OK for first drafts. Once you move to editing mode, try to live without them. Figure out what other types of actions and words you tend to use too often. Count how many you have in a manuscript. Find different actions.

Yep Susan, nodding and shrugging can be overused, although sometimes (he shrugs) they are just the correct reaction (he smiles). A few are okay, a lot are not -- which is the case with any action/reaction. Variety is spice.

I've been guilty of everything you mention. I have a list of edits (dialogue tags, telling, is POV deep enough?)I review with every revision.

I'm hip deep in edits now (should finish round 1 today) so I thank you for your timely post. My editing peeve is authors who use the same phrases over and over and over again. After the third time, I'm ready to toss the book against the wall. And yes, I've been guilty too! Good post Jim!

Another two I find often are He sat down or She stood up. How else do you sit or stand?

Margaret -- I also have a list of my known foibles. The darn thing keeps growing with each novel.

Kait -- I use a phrase counter to catch whatever my phrase-of-the-novel happens to be and eliminate most of them.

Jim, my pet peeve is seeing published books that have all sorts of problems like words left out that should have been there or put in the wrong order. And yes, some phrase used over and over, I guess to identify one particular person, is very annoying, too. For instance, in one book, the characters were often saying, "Oh, Herbert are you going, too? or "Oh, Agnes, I love your new hairdo." I want to go through the book and cross out every "oh."

Sometimes I wonder if I use smiled too often in my books. Maybe it's because I smile a lot, and my characters are mostly friendly and nice. I haven't heard anyone complain about it.

This isn't a peeve so much as something I've noticed that I like. As Susan says, we often overuse nod, shrug etc. But frequently those are the most appropriate, and the least obtrusive type of action, particularly in sections where dialogue carries the plot forward. Now, what some authors do is to tell us a bit more about the smile or shrug. An analogy may be used or the POV character's interpretation of the action is shared with the reader. That deepens the overused smile, shrug, etc.

I've also noticed that when I'm reading purely for enjoyment, I rarely notice how many times certain words are overused throughout the book. When I'm reading more critically, I look more closely at the language, and that prevents me from getting into the story. When I'm in reader mode, the errors would have to be egregious for me to notice. I've read the same book in my two different modes, and it's astounding how different the book seems. When I'm in reader mode, plot and character problems are more likely to pull me out of the story. I don't know if anyone else has noticed this rather curious phenomenon.

As a former English teacher, sometimes I'll go into hyper-grammar mode. This is one reason, I don't like to judge contests. Merrily

Knowing what I have to watch out for in edits is essential. In my rough drafts, I often notice that my characters may as well be bobble heads, they nod so much. It is one of the things I watch out for with edits.

And I have a tendency to repeat a word or phrase too often. I think it seems like the perfect word for the situation when I first use it, and the it continues to feel like the perfect word, so I used it repeatedly. I have learned to watch out for that. I remember one short story where an editor pointed out to me that while snow does, in fact, swirl, it should not do so more than once or twice in a story of that length.

I'm a lot less strict with dialogue--my characters will use phrases, terms & repeats that I, as the author, can't get away with.

Nupur, I agree with you. When I'm reading for pleasure, I seldom notice the "editing" problems. If the story doesn't bog down or have problems with the characters or plot, I just sail through it happily.

The thing that drives me a bit crazy is seeing words used incorrectly like comprise. I so often see "comprised of" when "composed of" is what should be used. Comprised should only be used to show that the whole comprises the parts. "The pie comprises eight slices." But then, I make many other mistakes.

Nupur made a good point about the way we can read in different modes. The trouble comes when the writer/editor/publisher kicks me out of "reader mode" and into "editor mode" through poor editing. It has happened with independently published books and Big Five published books. Bring back editors!

Gloria -- multiple missing words gets me, too.

Nupur -- excellent point. When I read something other than mysteries, I tend to read as a reader. Crime novels have my antennae extended.

Grace -- misused words are annoying. One that makes me bonkers every time is using hone when home is intended.

Shari -- I am a bit less tolerant with big 5 publishers because I know they have chosen to be sloppy rather than spend money to make it right.

KM -- knowing your own problems is crucial in self-editing. We see those problems in others even more rapidly because we are so attuned to them.

Sometimes I add the limb without even thinking. Thank goodness I go over my work a lot and find this stuff. Good blog!

he nodded his head drives me CRAZY. What else would one nod?

How about he stood "up." or he sat "down." How many people stand "down" or sit "up."
Richard Brawer
www.richardbrawer.com

I agree with Nupur. When I am in reader mode, the things that will pull me out of the story are plot or character errors (and any major POV issues that lend themselves to total confusion). Secondarily, typos and major grammatical errors will cause me to pause and wonder if anyone beta-read, let alone edited - but unless there are a lot of them, I tend to forgive and forget. Otherwise, I tend to overlook most things as a reader and focus on the story itself.
If reading critically, then yes, it is another story altogether.