Everybody Loves a Scandal by Carla Damron

As we approach the upcoming presidential election, we can expect weeks of mudslinging, allegations, and rants—from both sides of the fence. This year’s candidates have histories that may make them especially ripe for the picking. I’m amazed at how we gravitate to the sordid, the ugly, the dark underbelly of any candidate. If Candidate A won a Nobel Peace prize, but, on the same day, had some form of wardrobe malfunction, which do you think would get the most press time?
Of course, if a candidate has been involved in a scandal, we need to know about it, and it might affect how we vote. History shows us that sometimes it does, and sometimes it doesn’t. Below are a few examples:

Andrew Jackson’s wife, Rachel, married him before getting a proper divorce from her earlier husband! This means the potential first lady was a bigamist, but it didn’t keep Jackson from getting elected. (He lost the previous election to Adams, the first time a four-way election was settled in the House of Representatives. Henry Clay threw his support behind Adams, who then appointed Clay as Secretary of State. You scratch my back and I’ll scratch yours!) 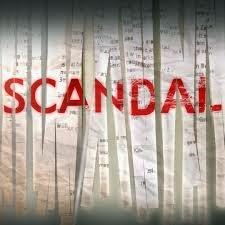 In 1884, Grover Cleveland’s suspected illegitimate child (he was one of several possible fathers) might have cost him the election—but it didn’t. While his opponents had chanted “Ma, Ma, Where’s my Pa?” The Democrats got the last laugh with “Gone to the White House. Ha! Ha! Ha!”

When Richard Nixon ran for Vice President, he was accused of accepting illegal campaign funds, and a dog, from a donor. The dog was Checkers. The scandal didn’t bring down Nixon—he stayed on the ticket and won. Of course, when he became president, another scandal forced him out of office.
In 1972, Thomas Eagleton ran for vice president on a ticket with George McGovern who opposed Nixon. Sadly, Eagleton’s mental health treatment was disclosed and another candidate replaced him. McGovern lost. And Eagleton endured the pain of his illness being publicly ridiculed. (Stigma is an ugly, ugly thing.)

Which brings us to Watergate. McGovern was already losing the election, but that didn’t stop Nixon from hiring six men to break into Democratic Headquarters at the Watergate Hotel to rifle through documents.  They weren’t professional thieves, so they weren’t careful enough to not get caught. While the information about the break-in emerged before election day, the full scandal didn’t explode until 1973. Nixon stepped down just ahead of an indictment. “You won’t have Richard Nixon to kick around anymore,” he said at this final press conference.

Y’all ever hear of Iran-Contra? This happened during the Reagan years. Apparently, money from selling arms to Iran was given to a revolutionary faction in Nicaragua. The belief was that this would endear Iran to the US, and make them want to give up the hostages. Fascinating reasoning, isn’t it?
I could go on and on. I could mention the Bill Clinton/Monica Lewinsky scandal. Or the mysterious “hanging chad” controversy that overshadowed the Bush-Gore election. The fact is, our country has been waist deep in scandal since its founding.

Today, I suspect, scandals carry more weight than they should. Negative info about a candidate is like a shiny object to a crow: we gravitate to it. We share it on social media and comment about it. So much so that actual policy statements get little media attention. If we are about to elect someone into the most powerful position in the world, shouldn’t we be looking beyond the scandal-of-the-day that fills our news feed? Shouldn’t we consider their stance on social issues and economic justice? On foreign policy and trade? 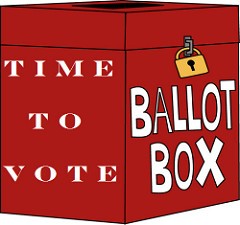 Or am I naïve to think that this election is more than a reality show?

How about this: if candidates can’t rise above the mudslinging, we can. All it takes is a little reading and a little reasoning. We can dig deeper than sound bites. We can invite others into intelligent discourse about the issues we will face over the next four years, and who we think is best equipped to handle them.

No matter who you choose, please vote in November!

I’d love to hear your comments.

I wish we had two better candidates. If Condoleezza Rice would run, she'd have my vote.

I suspect we have been intrigued by scandalous behavior since the first humans started communicating around the campfire. "Did you hear what . . . "

The major difference now is that it no longer requires an expenditure of great sums of money to bring scandal to the masses. Before paper news and faux-news were communicated by word of mouth and required someone to travel from place to place to increase the spread. Then with written word people had to get access of a printing press, publish and deliver. As cities grew that became more economical.

Now we are a global village with electronic communication that costs virtually nothing for an individual to promulgate their screed in tweet, FB post and be picked up by others with like minds to spread.

I agree with Jim, and I can't wait for this election to be over. I am so tired of hearing the negative comments that are in the news every day, the vitriol is so overwhelming. Yes, I'll vote, and I know who I'll vote for. I've only missed voting twice in my long life - shortly after my son died, and once when I had the flu.

I blame it on the 24 hour news cycle, too. Media repeats the same info over and over and it gains more importance than it should. I crave a news show that could be called "Good News" and focuses on positive things happening in our world.

Sometimes I wonder what passes for "news" and "scandal" any more. As Linda wrote the other day, people fighting a corrupt corporation for clean water is barely reported but we can easily find photos of politicians in their underwear. Ugh.
And like everyone else, I cannot wait for this election cycle to end!

Sadly, negative political ads work. That's why there are so many of them. I am now in New Zealand so I am spared the constant barrage.

I really dislike the negative slant on politics these last what, two decades? Where did it all start, does anyone know? I would much rather be informed about the platforms than the peccadilloes.

Ohio is a battleground state including a contentious senate seat. Our TV coverage includes Indiana and Kentucky so we get THREE times the political ads and so many robocalls they give each other busy signals.

The current election takes the prize for promoting hatred and racism.

I'm afraid we love our sensational news, and that gets a lot more attention than thoughtful commentaries about the candidates.

We have long accepted that a person can be someone we feel had moral failings but still effective in their chosen field, be it sports, celebrities or politicians.