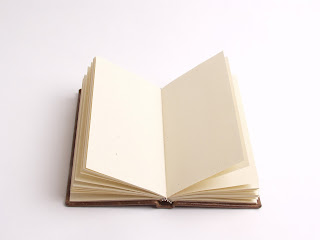 Earlier I heard an interview with the great English actress, Dame Judi Dench.  She said every time she finishes an acting job she has a moment of sheer panic worrying that she may never work again.

Having my fifth book, KILLER EULOGY AND OTHER STORIES published and having my short story come out in the tribute anthology to Ray Bradbury DANDELIONS OF MARS, I accomplished two writing achievements that really meant something special to me in a short interval of time.  I wanted to honor Ray Bradbury who was a source of inspiration to me. I also wanted to write dark stories tapping into the genre of noir fiction, which includes some of the most gripping writing ever as well as some of the most poetic.  The writing took years of effort, multiple revisions, gradually coming closer and closer to what I had in mind.  Publishing, when it finally occurred, was work done by others.

I know the feeling of uncertainty and even panic.  Up close and personal.

So, can I still write?  I hope so.  I’ve lost the ability twice after my two bone marrow transplants.  Each time it was one of the last abilities I regained.  There is no reason to think I cannot, but there is that fear.
How do you feel after a success?
Posted by Warren Bull at 12:00 AM

When I was a consultant, I watched many before me fall off their prime. Eventually they were let go—usually with nice buy-outs. From a present value of earnings standpoint, that’s the way to go. I wanted to leave when I was still at (or at least near) the top of my game, and retired when I was 51.

Most athletes wait too long, perhaps because they don’t have a back-up plan.
Some writers stay at the top of their “game” forever. Others don’t.

Since I’m still on the upward curve regarding my skills (or at least I believe that to be the case), I figure I have a few more years before I need to start worrying.

Every new beginning has its uncertainties. Until you get into the flow and have the feeling something is there, it's easy to fear. What is it that's said? 98% of any task is getting it started?

Linda Rodriguez said something really wise the other night at her workshop. I'm paraphrasing, but basically: When you finish this book, you won't have learned how to finally write a book, you'll have learned to write *that* book.

I agree. With every book and story, it's like getting on a bike and hoping the wheels will turn. They will, but who knows where they'll go?

Thanks, Sarah. I'm glad you think I'm wise, but it wasn't really me, unfortunately.

Actually, what I did was quote Neil Gaiman who was telling about a conversation with the great sf/f novelist, Gene Wolfe. When Gaiman finished his classic novel, AMERICAN GODS, he said to Wolfe, who had been a mentor to the younger Gaiman, "Gene, I think I've finally learned how to write a novel." Wolfe looked at him with pity and said, "Neil, you never learn how to write a novel. You simply learn how to write the novel you just finished."

Way to go out on top, Jim

Sarah and Linda, Thanks for the quotation.

Warren, when I was teaching I loved it and felt confident I was doing a decent job. However, when the administration changed and made changes so I couldn't teach like I felt was right for my students, that's when I decided to retire - at the top of my game, except for those last two years.

It's always hard for me to start a new book or story. I have ideas, but to actually make myself start is difficult. I don't know if it's a fear of failing as much as it isn't "my book" yet - sort of like Gene Wolfe said.

Health problems and rejections for work are both very discouraging.
I guess we just have to turn those lemons into lemonade if we're to keep going. We are writers and so we need to write. It's in our DNA.