How well do you Know Dr. Suess? 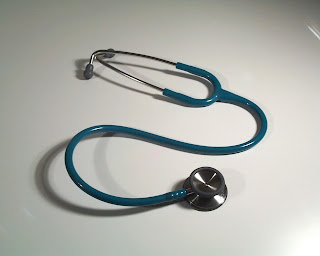 First, let me acknowledge ABEbooks and Mental Floss Blog as my primary sources.

How well do you know Dr. Seuss?

What was he a doctor of?
Nothing. He just liked the sound of the name Dr. Seuss.

Do you know his given name?
Theodore Seuss Geisel

Do you know why he started using a pseudonym?
He was caught with gin in his dorm room at Dartmouth and asked to step down from the editorship of the Dartmouth humor magazine, Jack-O-Lantern.  He continued to contribute material to the magazine under the name Seuss.

Besides his success with writing, what else was he successful at?
He won two Oscars, one for a documentary and one for an animated short.

What word is he credited with using first that became part of everyday vocabulary?
In If I ran the Zoo he used “nerd” for the first recorded time.

When he wrote his ecological book The Lorax, how did some small logging groups respond?
They came out with a book countering his plot named The Truax.

What phrase of his was copied without his permission? How did he react?
An anti-abortion group used words from Horton hears a Who— “A person’s a person no matter how small.”— in their letterhead. Dr. Seuss threatened to sue if they did not remove the phrase.

In “Yertle the Turtle” what did Random House question?
The publisher had no problem with Dr. Seuss writing an allegory about Adolf Hitler.
They were, however, concerned when about one of the turtle’s burping, which, at that time, was not something children’s books described.

Who was hired to do the voice of the Grinch in the animated special The Grinch who stole Christmas?
Boris Karloff.

What now rare book by Dr. Seuss was pulled from some libraries shortly after it was published and why was it pulled?
The Butter Battle Book.  Dr Seuss wrote about two groups who went to war over the question of which side of bread should be buttered.  Each side engaged in an escalation of armaments. Many people thought the book mirrored the nuclear arms race between the United States and the Soviet Union and asked libraries to take it off the shelves.  Some libraries did.

Who is your favorite children's author?

Dr. Seuss is one of my favorites, Warren. I knew many of the things you listed, but there were some that were new to me, so thanks.

In addition to Ted, I also loved Shel Silverstein, & the Harold & the Purple Crayon books.

And my question to all is this: who was your favorite character. I always liked the fish, even if it was a scold.

You're right, Jim. There were many character to enjoy.

A very interesting array of info about Dr. Seuss. I just assumed he was really a doctor of sorts. As to a favorite children's writer--I can't pick just one. So many talented people write books for kids.

Dr. Seuss's gift was being able to write children's books that dealt with what was actually going on around them in the real world without talking down to them or preaching. And of course, his ability to create wondrous characters.

I'm like Jacqueline. There have been--and are--so many wonderful writers writing for children that it's hard to pick favorites. I'd have a list longer than my arm. Susan Cooper and Diana Wynne Jones are two modern children's writers I enjoy, and Louisa May Alcott, Laura Ingalls Wilder, and Lucy Maud Montgomery are some authors of the past that I love.

What a fun post! Thanks, Warren. Seuss was an interesting guy.
Too many favorite authors to choose from! Favorite for today is James Marshall, author of the George and Martha stories. And his stories about Fox, who manages to be lazy, debonair, and kind all at the same time, are hilarious.

Dr. Suess wasn't one of my favorites as a child. Although I love "The Grinch Who Stole Christmas," I felt his over alliteration confusing and was lost trying to find meaning in his stories. Now that I realize that some of his writing was intended as allegory to adult events, I'm not surprised it was lost on me as a child.

One of my favorite children's authors was James Marshall. I loved his portrayal of George and Martha to teach what priorities love and friendship should serve.

The books I remember so well were from when I was a middle school reader and older. A British author, Hester Burton, wrote wonderful historicals, and I loved Phyllis A. Whitney's mysteries. Also, K.M. Peyton's Flambards series was delightful. And, Phillip Pullman's The Golden Compass.

Doctor Seuss came along when my children were small. They loved them and so did I even though I had to read their particular favorites over and over. I wish I were at home on my own computer to go over the children's books I read to my students and loved to much to not keep them. I never tired of reading Sign of the Beaver, The Cay and A Door in the Wall and the Chronicles of Narnia to name a few, but I also read the Dr. Seuss's book "And to Think I Saw it on Mulberry Street" as a writing prompt for them.

Cindy Lou Who. I like Horton, too, but love little Cindy Lou.