The Oaken Heart by Margery Allingham: A Review by Warren Bull

The Oaken Heart by Margery Allingham: A Review by Warren Bull 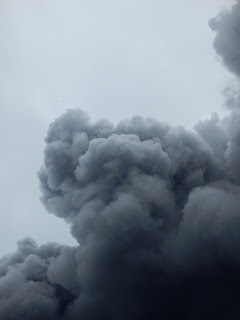 This is not a novel. Although Margery Allingham is one of the great writers of Mystery Fiction’s Golden Age, she also wrote non-fiction about her life and experiences. The Oaken Heart tells about a small village named Auburn during World War II. I found it rather difficult to identify people usually called by their nicknames. And I’m not sure her experience was typical of what people went through.
Still, it is a record of the effect of war skillfully written by an intelligent, observant woman. It gives a sense of the trials, fears and tragedy that accompanied even people far from the front lines.  It is not without humor, even during the darkest days.
She conveys what a shock it was to find out a war was underway when no sane person wanted war and when the losses of WWI were still keenly felt. She talked about how planning for housing for children evacuated from London were accomplished without fuss of bother in one day.  The author also talked about the false hope generated when little happened in the earliest day after war was declared.
She mentioned so many aspects of her life that I cannot do justice to everything she described. Among them she wrote about trying to continue her work as a writer during the upheavals caused by the war; how military setbacks, such as the capitulation of France, were experienced as very personal blows; and what it was like to be bombed.


All in all this is a remarkable book by a first rate writer about England during World War II. If you want to get a sense of what that time was like, I cannot think of a better book to read.
Posted by Warren Bull at 12:00 AM

Warren, somewhere in my thousands of books, I probably have a copy of this book. I'll have to try to find it. Of course, my early years I lived through World War 11 in a rural area, but went to movies in the closest town that always had news clips of the war overseas.