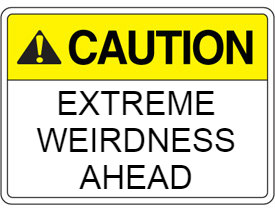 They say write what you know. So I decided to write about a woman who runs a gun shop catering to Civil War reenactors and her partner, who is an ex-SWAT corporate security agent.

In other words, I ignored that rule all to heck and back. Which means that I spend an extraordinary amount of time doing research. Some of it makes it into a book, but huge swaths of fascinating facts fall by the wayside. I feel like a butterfly collector looking for one precise creature while my net fills with hundreds of other exotic, yet utterly useless specimens.

So this afternoon I browsed my research files looking for those interesting tidbits I long to work into a story, but have yet to find a good home for. There were so many! So I decided to share some of my favorites with you, all of these in the category of Local Georgia Color.

1. Atlanta is home to the largest Hindu temple in North America, the Shri Swaminarayan Mandir. It is constructed of over 34,000 individual pieces that were carved in India of three types of stone—Turkish Limestone, Italian marble, and Indian pink sandstone—then shipped to the US and assembled like a giant 3-D puzzle. You can see photos of it at the temple's website.

2. Atlanta is also home to the Crimson Fist, a real-life caped "superhero" who assists metro Atlanta law enforcement with a variety of hot tips and even prevents a crime or two, usually of the bar fight or breaking-and-entering variety. His wife, Data Girl, assists.

3. Ambassador of Mirth and famous Peachtree Street majorette Baton Bob was arrested by Atlanta Police for walking through a mall while wearing a white wedding dress. There is no law against such on the books, but security guards in the mall objected to his attire and called the APD. Bob has filed a lawsuit. Go Bob. May your fringed boots ever march.

4. At the corner of 5th and Broad in Augusta, the Pillar of Prophecy stands. It is two feet in diameter and ten feet tall, composed of brick covered with concrete, and death awaits everyone who attempts to move it. Death by tornado, death by lightning, death by heart attack. Nobody messes with it anymore.

5. Georgia has had its fair share of Sasquatch reports over the years, but the town of Camilla is the home of one of the rarest sightings in cryptozoology—the albino Bigfoot.

6. At the intersection of Cobb Parkway and Roswell Road in Marietta, there is a fifty-six-foot-high red steel chicken with eyes that roll and a beak that opens and closes. If you ask for directions in Cobb County, more often than not, they will include "turn at the Big Chicken." You can see a picture of this creation (and learn about its history) at the City of Marietta website.

7. The Varsity—a famous Atlanta hamburger joint—serves more Coca-Cola by volume than anywhere else in the world. My protagonist ate one of their chili dogs in my first book, The Dangerous Edge of Things, but I have yet to stage a scene in the restaurant itself. Soon!
Posted by Tina at 12:30 AM

I want to see the chicken! That is a definite on my bucket list. My mother's nickname was "Chic." She said it was because she was an early walker and her farmer grandfather said she walked like a chicken. In kindergarten I drew a portrait of her that looked very much like that chicken on the corner!

How do you keep track of your research? I really need to figure out an accessible organization system for mine. Most of mine is trapped in notebooks and journals and thus, unsearchable in any kind of efficient way.

Sometimes you never get to use the great facts you dig up on research, but they can be great factoids to share and amaze -- which you've done today.

I'm like Kait with research trapped hither and yon in notebooks, journals, Scrivener files, digital photographs, and in no longer retrievable areas of my brain.

i love this, and I so need to visit the South again soon!

It's easy to get caught up in research and head off in directions that have nothing to do with what you were initially looking for.

I've been Googling all of this and I'm just falling off my chair laughing! Baton Bob - nothing like a muscular man in a tutu twirling a baton. I love this stuff and hope some of it gets into your books.

Georgia is just a treasure trove of this stuff -- and the backstories are even more fascinating than the tidbits themselves. Baton Bob, for example, is a former flight attendant who was laid off after September 11th. When he was in high school, he was asked to be his school's first male baton twirler, so to counter his depression after losing his job, he returned to his hobby to remind him of what it was to experience joy. And to share it. Like most legends, he is controversial and often paradoxical. Such is Atlanta.

And to answer your question, Kait, my research is all over the place. For the stuff I use continually -- brain trauma information, Civil War stuff, Ferrari specifications -- I keep hard copies in a series of file folders. For book-specific information, I prefer online links because the word processing program I use, Scrivener, lets me easily incorporate that into my WIP computer files (even attaching specific research to specific scenes).

But my most enjoyable way to organize is Pinterest. I have specific boards for my characters, my books, Savannah, Atlanta, firearms...you name it. Browsing those is tons of fun.

You can browse them here: https://www.pinterest.com/tinawh/

I moved to Atlanta in 1993, and I remember the frustrating directions with no street names, only landmarks, and predominantly The Big Chicken. But the Big Chicken had recently been toppled by a tornado, and was in the process of being rebuilt. So I'd get directions like, "Turn right where the Big Chicken used to be..."

Tina, I love doing research, too. As for Georgia, I only briefly passed through it years and years ago with my family on our way to Disney World. I'd love to go back and visit some year, but not in the summer. I enjoyed your interesting facts about the state. Maybe I should look up interesting facts about Ohio beyond that we had five presidents.

Ohio has Cleveland, so I am sure it is full of awesome weirdness (I love Cleveland, by the way -- one visit had me hooked).

I love Southern directions. So many feature "where X used to be" and end with "and if you reach the river you're gone too far."

Tina, I'm a Scrivener user too but I haven't been able to master the research links function. Back in the first class I took on Scrivener I did something transferring a link that froze the entire computer and locked me out o Scrivener - and it wasn't that kind of research you are all thinking it may have been! I have just purchased Scrivener for Dummies to try and overcome my fear. We'll see.

OK, Ferrari research? Ya got me. When my husband was on hiatus from his rocket scientist job he had a company building racing engines for Ferraris (sold one to Jay Leno--it was yellow). Ya gotta dish the Ferrari research need!

I had to look up that chicken on the Internet.

Research can be fun, and sometimes I look up from delving into something and realize I have spent my whole "writing time" going from one fascinating article to another without any reason beyond I was intrigued.

I admire people who write factually accurate historical fiction, which of course requires a lot of research, and uncovers intriguing tidbits. I found out, for instance, that, in the early days of English settlement of the American continent, the ability to read was so valued that a criminal condemned to death could "Call for the Book," and, if able to read a page out of the Bible, have the death sentence changed to "transportation," and were sent to the colonies. Ship captains would accept these criminals for passage, and auction them off to people in the Americas who would be willing to pay the cost of transportation.

Sigh. Back to work on a manuscript.

One of the challenges writers face is incorporating wonderful tidbits and making their appearance natural. What a good idea to post them so they won't go to waste.

The Big Chicken makes our little KFC seem like no beak deal! I can't wait to check it out next time I'm in the area. And I totally drive by landmarks (I'm Southern). My husband teases me that if they ever tear down a McDonald's (or Big Chicken, as the case may be), I wouldn't be able to find my way back home. Thanks for sharing, Tina!