by Paula Gail Benson
[This week features three variations of a story -- narrative, screenplay, and first person. If you post a comment or holiday greeting during the week (December 22-28, 2013), your name will be entered into a random drawing for a copy of the recently released anthology MYSTERY TIMES TEN 2013 (Buddhapuss Ink). Hope this makes your holidays happier!]

Professor Richards had a habit of viewing life as a screenplay. He couldn’t help it. That’s what happened when you taught film studies to university undergrads for twelve years. You realized most experiences were just fodder waiting to be incorporated into a script.
Take tonight, for example. A week before Christmas.
Interior setting. A local, hole-in-the-wall, fast food hangout on the outskirts of the university. Catered to the students and surrounding community. Provided lots of memories. First jobs. Study dates. Surprise proposals.
Oops, Ham thought. Let’s not explore that back-story.
Return to the premise. The protagonist enters the hangout. His name, English Professor Hambly Harrison Richards, III. Unfortunately called Ham all his life because his dad took Harry and Grandpa had been Double H.
Blessedly, Ham had only a daughter, so the moniker could rest in peace with him.
He navigated straight to a familiar booth near the front and sat. After a good ten minutes, a pimply undergrad, pushing back at his large black rimmed glasses, arrived to take Ham’s order.
“Just coffee, please. Black.”
“Oh, gee,” the worker said. “I just broke down the machine. Didn’t think we’d get any more coffee drinkers tonight.”
Mr. Kressley, the proprietor, hurried over after shutting his office door. “Then, it’s good I’m still here to keep the Professor entertained while you set it back up and brew a new pot.”
“Yes, Mr. Kressley.”
Shaking his head as he watched his new employee amble behind the counter, Mr. Kressley told Ham, “The ones who work here now are nothing like your generation. You were always here early for your shift and ready to stay late to clean up.”
Ham shrugged. “We didn’t have iPad games and the Internet beckoning us.”
“You’re telling me. Even those Jessie’s age had more gumption to them.”
“Hum.” Ham always called his daughter Jessica, after the Shakespearian character for whom she had been named. But, he would never correct Mr. Kressley. Anyone who had worked at the restaurant knew you accepted anything the boss said. Ham looked at his watch. “She should be here shortly.”
“Ah, such a lovely girl. Always a professional worker. Spitting image of her mother.”
Ham nodded, thinking that “spitting” was an appropriate tribute to Jessica’s mother.
“She and her young man relived a little of your history here a few nights ago, you know.”
Ham arched a brow. “I didn’t.”
“Gave her THE ring.” Mr. Kressley pointed to the spot. “Right in the booth where you proposed to her mom.”
Ham thought history would have taught them what a mistake that was.
At the sound of a mechanical sputter, Mr. Kressley glanced back toward the counter and shook his head. “Let me go check on the rookie. He may never get the coffee maker back together by himself.”
Sitting back in his seat listening vaguely to the sounds at the counter behind him, Ham indulged in flashback. When his baby was a little girl, he brought her here so her mother could grade papers without distractions. He called it their daddy-daughter date nights and let her wear the pink Cinderella outfit she wore every Halloween until she outgrew it and stopped trick-or-treating forever. 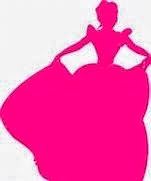 But, wait. Halloween wasn’t the last time she wore the costume. Ham let her wear it here for a very special daddy-daughter date night. When he told her that he and momma were divorcing. That was the last time she wore the outfit.
Ham shook his head, forcing his thoughts to return to the present. He had decided to repeat the date night ritual, despite its potential ramifications. Surely, the bad couldn’t outweigh all the good they had shared in this place. And, he had to confront her someplace about her decision he was sure would ruin her life.
After her mother left him for that adjunct professor gigolo, how could Jessica just go live with Gordo, without any certain sign or agreement of commitment?
Oh, sure. Now, Mr. Kressley said that Gordo made a show of giving Jessica a ring.
But, Ham had seen the ring. It wasn’t a diamond. And, there had been no talk of marriage. 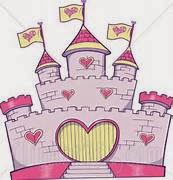 Jessica was late. Ham blamed that on Gordo’s influence. Gordo never had turned a paper in on time when he was Ham’s student.
Ham always told Jessica that she would be his princess, and warned her to settle for no man who would treat her as less. So how did that bozo Gordo breach the perimeter? Despite his English teacher facility with words, Ham didn’t like what he was thinking.
Stretching to relieve his tension, Ham took a look around the place. A derelict in a dirty, wrinkled trench coat slumped in the back corner booth. Seemed to be talking to himself. Maybe just taking advantage of being inside, out of the cold.
Mr. Kressley returned with Ham’s coffee. “You and Jessie were all I could have asked for in employees. Nothing like the rookie I’ve got behind the register now. But, it’s Christmas, and the kid has expenses like everyone else. So I give him a chance, despite my misgivings. I’m even going to take a few hours to leave early and spend time with the family before coming back to close.” He looked back toward the rookie. “You think I’m making a mistake?”
“No, no. He’ll be fine. Everyone’s a little rough around the edges in the beginning. He’ll get the hang of it.”
“Just keep an eye on him for me, will you, Ham?”
“Sure, sure,” Ham replied, thinking he had enough to watch over without having to keep track of a rookie at the register.
Mr. Kressley looked back at the rookie once more. “He should have no trouble.” He didn’t sound as certain as his words. “And, if there is something serious, we’ve installed a buzzer just under the counter that sends a silent alarm to the police sub-station. You’ll have to ask Jessica about the night she hit it by mistake and all hell broke loose.”
“I’ll do that.” Ham figured she might talk about that subject if not Gordo.
As Mr. Kressley departed, Jessica dashed in. After a quick kiss on her former boss’ cheek, she came directly to Ham’s booth and scooted in across from him.
“I can’t stay long. I’m meeting Gordo at a party. Don`t try to talk me out of it because we accepted weeks ago and people are expecting us. And while we’re at it, don’t waste time trying to talk me out of living with Gordo. My decision’s final. I’ve already given notice at my apartment. I’ve got no place else to go.”
The divorce left her uprooted. Ham blamed himself. “You can stay with me. I’ll give you your space.”
“Dad, you barely have your own space in that apartment. You don’t need another occupant.”
“I want one. I want you.”
She sighed. “I love you, Dad. But, I’m living with Gordo, so get used to it.”
Ham sipped his coffee, now cold. What could he say to prevent this travesty? He knew Gordo’s inabilities, too well. Always late for class. Always unprepared. Always uninterested and never contributing to the discussion. Who didn’t like to talk about film? What in the world had attracted his only beloved daughter to such an unimaginative, unworthy male?
“Dad, don’t move.”
“What?”
“That guy who was sitting behind me in the back booth?”
Ham nodded. He looked back to the booth and saw the man was gone.
“Don’t turn around. He’s at the register. I think he has a gun in his pocket.”
“How can you tell?"
“Well, there’s a bulge larger than his fist, and he seems to be pointing at the kid with his hand inside his pocket.” 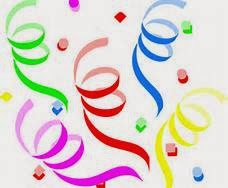 What a fascinating and terrific idea! Can;t wait to read the others... Happy Holidays and oxxo

Clever story and clever way to show it three ways.

Paula, a nice story gets even better with additional formats to choose from. Great idea!

This is an interesting idea - can't wait to see the others to compare.

Hi Paula,
I especially liked the sweet relationship between the dad and daughter and your terrific first line (I am a sucker for great first lines!)
Can't wait to read the rest!

Love, trust, expectations, protection, all those elements in the father/daughter relationhip--you captured! When are you posting the other two versions?

I can't tell you how much I appreciate the enthusiastic response to this blog post! Thank you so much Hank, John, Debra, Carla, Georgia, Nancy, Shari, and E.B. for your kind comments. The next version (screenplay)goes up tomorrow, December 24, and the last(first person) will post on Friday, December 27. I hope you'll have a chance to look back in and compare. Best wishes for a happy holiday season to all!

A lovely holiday gift for readers!

Best wishes for your continuing success in the coming year.

Thank you, Jacqueline! Best wishes to you also.

Great story, Paula! I looks forward to reading the screenplay and first person.