I imagine best-selling authors want to continue because they’ve been rewarded for their efforts. Possibly they’ll fall below their previous achievement but I picture these authors striving to go beyond what they have already accomplished in terms of writing. I also imagine earning enough royalties to pay the utilities and the rent might be another inducement.

Midlist authors might want to break out. Perhaps the current work in progress will be the book that brings them recognition and more cash.

Writers who’ve published a large number of short stories might want to reach three hundred, five hundred, or a thousand publications. For all the above-mentioned writers, the incentive is there.

I used to send out short stories and poems on a regular basis and took pleasure in publication and printed copies. Now, marketing is a more serious part of my writing, and marketing is a skill I still haven’t mastered.

I enjoy reading mystery short stories and feel lost if I don’t have at least one short story anthology beside my bed. I’ve published a couple of short stories but I’ve learned most from my failed short stories. I’ve come to realize they’re often outlines for a longer works.

So what keeps me writing day after day? Images—a picture in my head that commands my attention. For a novel I’m revising now, the original image was of the carrion flower that smells like decaying meat. My apologies to the male of the species. You’re stuck with the 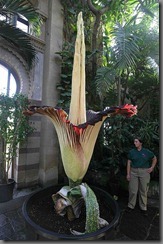 equipment you were born with. But experience has taught me that there’s nothing loving and sharing about phallic-inspired emotion. I associate such emotion with destruction and death.

Another time, I was struck by the image of someone drowning in a huge vat of chocolate. In the end, I realized I misidentified the drowning victim, and it was a secondary character rather than a main character. 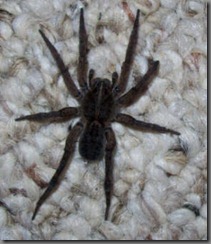 What excites you to write every day? Your critique group? Your latest publication? A sibling rival?

I'll be honest. Deadlines. I'm a procrastinator. I write everyday, but if I have a deadline, it forces me to crunch. I produce when I have that deadline on a short or when it's my turn to submit to my critique group. This isn't a great professional trait, but human, I guess.

Is this message box working now? It didn't before. I don't always have inspiration before I start to write. Often I sit down and write feeling uninspired. I slog away until I get glimmerings of inspiration that may fade away. I keep writing because that's what I do. I've stopped counting the number of stories I have published. That was a motivation for a while. Now writing is my job. Ta Ta. Back to work.

What inspires me to write? Hmmm..At first, it's the extra cash I earn every time I submit an article. I've always loved writing but I've never taken it seriously until I discovered that I can earn from it online! The idea of getting extra cash from doing what I love was just so inviting.

Now, after a year of doing it, writing has become a fulfillment for me. I feel incomplete without pouring my thoughts out. I still write to earn, but that's just the secondary reason now. I love writing and that's my main reason. Without that love, I can never be truly inspired to write.