If Only I Understood

One of the reasons I read as a child was to find out more about the adults who surrounded me. In good, and certainly in great writing, the motives, emotions, and deep-seated conflicts of characters come alive. As a child without adult knowledge and experience, I could read and say to myself, so that’s why people do that.

As a writer, I’ve found out I have to dig deeper into my own psyche and into my awareness of others in order to write convincingly. Something that struck me recently was that, yes, we know women are portrayed stereotypically as good to look at (or not) and as easy to kill but this stereotyping happens to men also, making them less than they are. I’ve seen male doctors assumed to be worthy of love and 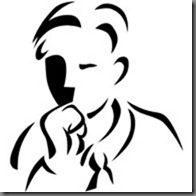 admiration although they’ve done nothing to earn this kudos. Possibly the doctors are efficient at their jobs, although this is by no means certain, but they could be lousy human beings who look down on their patients and cheat on their wives. Doesn’t bestowing admiration on an unworthy character put down men who are real heroes?

I’ve heard a woman, urged on by two men who shared her office and were jealous of this deification of doctors, seek to create an all-American hero and lover. The ideal she described disliked academics, drank beer, and loved sports. Well, my husband never claimed to be 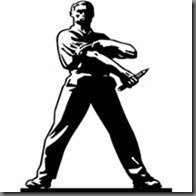 born on the 4th of July or to be descended from Puritans. He spent his early years in the UK. He learned what he needed for his work as an engineer, his favorite reading was the magazine, Car and Driver, he drank exclusively Sam Adams beer, and he watched as many Boston team-sport games as he could.

Do American men want to be clumped together with a stereotypical image, just as women have been burdened with the image of the all-American girl-next-door, blond, blue-eyed, and freckled? In fact, I know this supposed all-American image is unrealistic and wouldn’t want to portray such a male character in my fiction.

I wonder if stereotyping is a cousin of projecting—dumping unwanted characteristics on others. Bin Laden saw America and all Americans as evil and deserving of death. Beyond the excuse of Jihad, were there parts of himself he couldn’t accept? Perhaps less potent projectors become serial killers or just make life miserable for the employees they supervise.

I imagine we’ve all been victims of projection. As a naïve nineteen-year-old and in America three months, I met at work a teacher working a second job in her summer vacation. “Oh, I learned about England years ago. A country of aristocrats who judge people by the way they use their forks.” And with that, she dismissed ninety-eight percent of the population of the UK who have fewer privileges than many Americans. My grandfather was a miner and my grandmother, as well as raising nine children, took in washing.

Stereotyping and projecting cause real problems. Many years ago, Ralph Ellison’s The Invisible Man, first focused my attention on the subject.

Is there a book you read that made you wonder about a human characteristic and want to understand it better?

Email ThisBlogThis!Share to TwitterShare to FacebookShare to Pinterest
Labels: Subjects

Yes--every book I've ever read on serial killers. I don't understand that behavior, but I can't say that I really wanted to understand it better. To me, it's a pathology that needs irradicated. It's like genocide of a smaller realm--usually aimed at women, although Jeffery Dahmer aimed at young men. I don't usually read books about serial killers because it's like science fiction to me--unhuman monsters on killing sprees. No entertainment there, unless you follow ambulances.

One of my clinical instructors in graduate school in clinical psychology suggested that we read books about people from backgrounds different than our own to gain greater understanding about our clients. I think it helps to seek out experiences where you are in the minority to see how being a minority feels. I once rode in a taxi in New York after a long tiring jet plane ride. The driver wanted to drop me off across the street and around the corner from my destination. Relying on that accent I had picked up from living in North Carolina for seven years or so I asked if he could get closer. he dropped me off at the front door.

Male nurses are becoming more common but, when I first started my career as an RN, male nurses were rare. I used to ask white male nurses what it felt like to be a minorty but I never received an answer. I guess that's an answer.