The Most Unexpected Forms 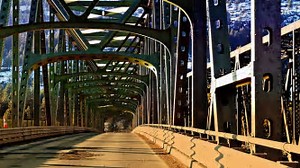 Curtis looked down at the child standing next to him on the bridge. An odd question for a kid
to ask, but it was a distraction from Curtis’s contemplation of the choppy cold water below, and his wondering how long a person who fell into the water would survive. Or, more to the point, how long would they suffer if they didn’t survive?


He wasn’t planning to survive. He’d had enough, and saw nothing better in the future.


What was a kid who looked to be about ten doing walking by himself in the rain? On Christmas morning? With a dog?


Most people had fancy phones that told the time, but Curtis couldn’t afford that. Never really could, but especially not since the accident. He pulled up his sleeve and checked his watch. “About ten thirty.”


“Why do you need to know that?” Curtis asked.


“Well, last Sunday, the pastor said that at eleven o’clock today they were going to have a Christmas dinner at the church. It was mostly for the homeless, but everybody was welcome. Especially anybody who was going to be all alone on Christmas Day.”


That would be me, Curtis thought wryly. His stomach growled at the thought of food. He’d spent everything from the emergency SNAP card, and had no way of knowing when, or if, it would be renewed.


Right after the accident, when she discovered he wouldn’t be going back to work any time soon, Curtis’s girlfriend had moved on to greener pastures. And he supposed his so-called friends were really just drinking buddies or co-workers who really didn’t care. Why should they?


But how could this kid not have somebody to be with on Christmas?


“You’re all alone? On Christmas? How’d that happen?” 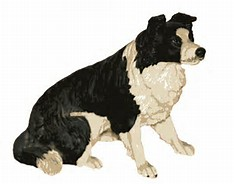 
“Where’s your folks?” Curtis asked. Even if he were a foster kid with no family, like Curtis had been, a social worker or somebody would make sure he had someplace to go. With adults.


The kid shrugged. A tear glistened in his eye.


Curtis couldn’t just ignore the kid. His plans would have to wait. “Tell me,” he insisted.


“My mom and dad had a big fight over where I was going for Christmas. I was supposed to go with my dad, but my mom wanted to take me to see my grandma in Ohio. We were going to go on an airplane. I’ve never been on an airplane.”


“My dad asked me where I wanted to go. I said I’d like to visit my grandma. So he got mad and dropped me and Arariel off at my mom’s house. But she was already gone.”


“He didn’t check to make sure she was home?”


“So where have you been staying?”


“I know where my mom keeps the spare key. I got it and let myself into the house. There’s some food there, but…”


Curtis found himself grinning. “But it’s lonesome, right? And sometimes you need more than just a place to stay, even if you got food there.”


“You gonna go get the Christmas dinner at the church?” Curtis asked.


“Yes. Can you come with me? They might not let a kid all by himself in. But they would for sure if I had a grownup with me. You could get a dinner, too.”


“Yeah.” Curtis glanced down at the river. He could come back later. After he made sure the kid was all right. And had dinner. Didn’t even condemned men get a final meal?


He held out his hand. The boy took it and together they walked off the bridge, the dog following.


The wind from the river was picking up and the rain changing to sleet. Curtis tried to pull his jacket closer around him, but it didn’t help. He could feel the dampness on his shoulders and back where the rain had soaked completely through.


The kid, at least, seemed to be dressed for the weather, with snow pants and a hooded jacket.


They got to the church as the doors were opened. Warm light spilled out onto the wet sidewalk.


A woman looked down at Arariel and frowned. “No dogs allowed,” she snapped.


Curtis thought about saying Arariel was his service dog and they’d have to let him in, but it seemed like a mean thing to lie to these church people. After all, they were fixing this dinner for anyone who needed it. He turned to the kid. “You go get your dinner. I’ll stay with Arariel. Then, when you’re finished eating, you can come and stay with him while I get something to eat.”


Reluctantly, the kid agreed. He pulled open the door and went inside.


They are going to notice a kid by himself, Curtis assured himself. Then they’ll make sure somebody steps in to take care of him.


He hoped wherever that was would take the dog, too, or at least make arrangements for him to go somewhere safe.


The last thing he needed was to be responsible for a dog. Not now, when he couldn’t even take care of himself. And when he’d decided it was time to end this charade of a life. He couldn’t do that if he had to take care of a dog.


They moved to a narrow niche on the church façade by a corner. Arariel pressed himself back against the wall and lay down. Curtis squatted in front of him. They were sheltered from the wind and the sleet. With his heavy fur, the dog was probably warm enough.


Curtis wasn’t. He shivered, and a few seconds later, shivered again, harder. His feet were wet, all the way through his boots and the several pairs of socks. He pulled his watch cap down over his ears, but the bare skin at the back of his neck was exposed to the cold.


Even if he went back to his tiny rented room, it would be cold. And dark. It only had one light that worked sometimes, and the heat shut off at dusk.


He closed his eyes and rocked gently on his heels, trying to warm himself.


He hadn’t heard anybody approach, and looked up, startled. In front of him stood a man with a tray of food. Fragrant steam rose from it. Curtis inhaled. Gravy and turkey and spices.


The man smiled encouragingly and held out the tray.


Curtis took it. A plastic fork was stuck in a mound of mashed potatoes. A slice of turkey and a slice of ham next to it. Corn and beans and stuffing. He couldn’t take his eyes off it.


The man spoke. “I’m Pastor Williams. They told me someone was out here. I figured if you wouldn’t come in, I’d bring some food out.”


With his mouth full, Curtis didn’t bother to try to explain about the dog.


“You know,” the pastor said. “We’ve got a clothes closet here where you can find some warm, dry things. Even boots. And take a shower if you need to.”


There was a bathroom down the hall from Curtis’s room where he could wash up, but the water never got really hot and in this weather, he didn’t shower much. He probably smelled bad. Just as well that he hadn’t gone into the church to eat.


Curtis swallowed. “I was in an accident. I’m in pretty crummy shape.”


The pastor smiled once more. “That’s all right. Some of them are pretty crummy jobs. But they all pay something. And they’re a start.”


“Thanks.” Curtis thought about the bridge. As soon as he finished here and got the kid and the dog settled, he planned to go back. Would it be a waste if he got a warm jacket and some dry boots just to go to the bridge and jump? “I’ve got plans for the rest of the day.”


“Yeah. I just have to make sure somebody takes care of that kid.”


“Yeah. This kid’s a boy, maybe about ten years old. He’s by himself. Somebody needs to help him.”


“I’m sure the church ladies won’t let a child go without help. I’ll check when I get back inside.”


Curtis looked down at his empty tray in dismay. He hadn’t saved anything for Arariel. Maybe the kid would bring the dog something.


He stood up and wiped his mouth with the back of his hand.


“Perhaps you would come in out of the cold for a while?” Pastor Williams said. “Help with the serving and the cleanup?”


“Well…” Inside would be warm. And maybe he could really help out a bit. That would be a nice change from feeling so useless. And hopeless.


The cold dark river water wasn’t as appealing when he thought about the warm church hall. The river and the bridge would still be there, though, if he decided to go through with ending it all. No hurry on that.


“But they said no dogs in the church,” he said.  ‘I can’t leave the dog out here by himself.” 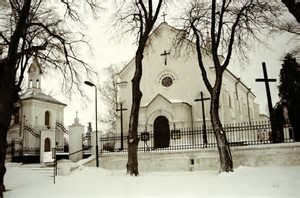 Curtis turned around to where Arariel had been lying just a few minutes ago. No way was there enough room for him to have squeezed past without Curtis noticing.


But there was no dog.


“He was right here…” Curtis looked around in confusion.


Pastor Williams looked grave. “You know,” he said, taking Curtis by the arm. “Sometimes when we need them the most, angels show up in the most unexpected form.”
Posted by KM Rockwood at 12:00 AM

Taking a break at work... what a wonderful story! I just had to let you know. I like that country song, There are angels among us. And today, with your story... you are an angel of mine. Thank you. Merry Christmas!

Knocked my socks off, Kathleen! Great Christmas story. Merry merry to you and yours.

What a beautiful story!

I'm glad that you enjoyed the story--I enjoyed writing it.

And I do think there are angels among us.

This is a great story!

What a beautiful story. Thank you!

Love Christmas stories. Yours filled my heart with compassion. Thank you, Kathleen!

What a wonderful story for Christmas or any time for that matter. Loved it.

Kathleen, I agree with the others that this was a beautiful story, and to think you wrote it at the last minute, too.

What a nice story. I thoroughly enjoyed it. Thank you so much.

I, too, believe angels walk among us - and that we can be angels for each other. Wonderful story, KM!

Thank you, Kathleen. I needed a wonderful Christmas story like that.

I'd like to believe angels are in the world helping. At different instances in my life, I know I've thought someone must be an angel, but then I seem to forget the incident--perhaps by design?

Happy to have been able to contribute a Christmas story! I hope everyone enjoyed reading it as much as I did writing it.