Over the next four Mondays, I’m posting a Christmas short story I wrote in the spirit of the season. I hope you enjoy it. E. B. Davis

Unlike most men, I knew what to get my wife, Janet, for Christmas: a new husband. The gift wouldn’t have made her a bigamist since I died two years ago. Janet deserved a great life and a reliable companion to share her years. None of my shopping has resulted in a gift to wrap, though that may have been due to my mixed feelings.

Like most men, I’ve wanted to protect Janet and our seventeen-year-old daughter, Ashley. The guy I had in mind would have to be physically fit, trustworthy and true, a St. Bernard dog of men. Protecting those you love when you no longer filled the physical realm hasn’t been easy. But I’ve learned to manipulate some inanimate objects.

Janet thought she could protect Ashley and herself. Because of her independent nature, she’s deluded herself, like most of mankind, mistaking independence for power. What a crock! Mankind’s power dripped like candle wax compared to the power of Heaven’s Niagara Falls. Janet sinned by conceit, but she wasn’t alone.

My sin? Gluttony. I haven’t blamed Janet, even if she served a pot roast with gravy that my fork couldn’t stop shoveling, because unlike me, Janet still fit into the same size eight as when we married. When my pants hit size forty-eight, my out-of-control weight problem had to be stopped, so I acted responsibly and went to the gym, where I dropped dead from a heart attack. They’ve assured me here, that I would have died from my heart problems before too long anyway. The gym hastened my departure.

I sensed Janet’s awareness of my spirit. Maybe she couldn’t hear me, but we were married for so long, she sort of read my mind and felt my presence. There were times over the last two years when I reached out to her, consoling her in a hug, felt her shiver at my touch, and our souls linked in commiseration. Kind of like now, as I watched Janet and Ashley through the side window of the SUV.

Sitting in the front passenger seat, Janet Gavin clutched the dashboard and gritted her teeth when the SUV hopped forward. The tires spun rubber on the parking lot’s asphalt. “Honey, let the clutch out slowly. I’ve told you before.”

The SUV jumped and then stopped abruptly as Ashley popped the clutch and stalled the car. “Mom, if you were less critical it would help. Dad wouldn’t have criticized me while I’m trying to learn.”

Janet peered out her side window and rolled her eyes so Ashley wouldn’t see her reaction. She reined in her feelings. “Ashley, I have to tell you what you’re doing wrong so you can correct it.”

The mall parking lot, devoid of traffic and lit by tall pole lamps, seemed like the perfect place to teach Ashley how to drive a manual transmission. Janet stopped glaring at her daughter, who wore a face of frustration, and turned her head toward the sounds of thuds, grunts, and men’s voices emanating from outside. Ashley had stalled the SUV behind the stores where employees unloaded trucks. An eighteen wheeler, backed up perpendicularly to Crofton’s Department Store’s loading dock, stood with its rear doors open.

“I thought the parking lot would be less crowded on a Sunday, especially after hours.” Janet looked at her watch. “It’s seven-thirty. The mall closed over an hour and a half ago.”

“Yeah, but Christmas is in two weeks, Mom.”

“Maybe they have to work overtime.”

Men loading the truck looked at the SUV and stopped working. Janet had assumed the sounds they’d heard would be the men’s laughter at Ashley’s poor skill on the clutch, but curiously, they weren’t laughing. The men watched as if the women trespassed on their territory. Stepping down off the loading dock, a man walked toward Janet’s SUV.

“Mom, that guy’s coming over here.”

“Lock your door. If he seems dangerous, move—but pull out slowly like I taught you.”

Janet rolled down the window a few inches as the man approached. He appeared in very good shape, long legged, muscular and surprisingly old for a dock worker. From the few silver streaks snaking through his black hair, Janet guessed his age near her own.

“Good evening, ladies,” the man said. “If you could move out of the area, I’d appreciate it. We have a situation involving gasoline that could explode at any time.”

“The store management hasn’t updated their safety equipment, and we have a spill. Profits compete with safety. I don’t approve, but then no one asked me.”

“Thank you for letting us know. I really appreciate it,” Janet said, and couldn’t help but smile at the twinkle in the man’s eyes. His subtle flirtation, just his eye contact, letting her know of his attraction. His articulate candor and his appearance attracted her, too. Janet felt relieved by her reaction. During her first nightmarish year of widowhood, she had no thoughts of other men. Over the last year, her feelings had changed from apathy to interest, but she hadn’t found anyone worthy, until now, perhaps. “We’ll get out of here and go home.”

“That’s a good idea,” the man said, and tipped his cap with a small grin revealing one dimple in his cheek. He turned away.

Janet rolled up her window and said, “Try it again, only slowly this time, and drive to the front of the mall.”

Ashley grinned, as she pushed in the clutch and started the car, and then looked at her mother. “For an older guy, he was hot.”

Janet skirted Ashley’s comment. Although they had talked about sex, the discussion had focused on Ashley’s future sex life, not her own, or more accurately, the lack of her own. Pondering the right words and grimacing from forced abstinence, she hesitated and then said, “He took the initiative to come over and tell us of the danger, which I certainly appreciate, and yes, I found him attractive.”

Seventeen-years-old and full of contradictions, Janet thought of her daughter. Perhaps those contradictions were a sign of Ashley’s increasing maturity since her father’s death.

As Ashley slowly let out the clutch, the SUV moved forward smoothly around the back of the stores to the front parking lot.

“That’s really good, Ashley, but why are you stopping?” Janet asked, when she saw Ashley put the car in neutral.

“You can drive home in the dark on the street. I’m not good enough yet,” Ashley said. Another sign of maturity, Janet thought, learning one’s limitations. Her realizations were bittersweet. Next year, Ashley started college, beginning a brand new cycle of life for both of them. But what would life hold for her?

Once in the driver’s seat, Janet pulled out onto the road and forgot about the gas leak. She asked Ashley about an item on her Christmas list. Ten minutes later, they pulled into their driveway. 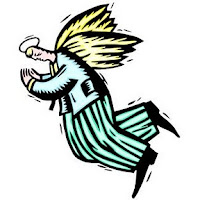 I knew the long, lean, too muscular man attracted Janet, and “Dimples” had made his attraction no secret, but I didn’t believe him. The law prohibits gas storage around malls and shopping centers where the public congregates. Dimples had lied, I’d bet. I drifted over to the loading dock to eavesdrop.

Looking forward to finding out what happens and how paranormal works in a short story.

Good start. I look forward to seeing what happens next.

Intriguing! Looking forward to the next installment.

Thanks--it's hard to know where to split up the story. I don't want it to be too long, but it also has to split in a logical place having presented information that will compel the reader back. There's always some issue! I hope it is a fun read, which is always my objective.

Great cliff hanger! What a marvelous idea, too. Wish I'd had it!

Thanks Kaye--next year--Christmas in July! Then, everyone will be ready.