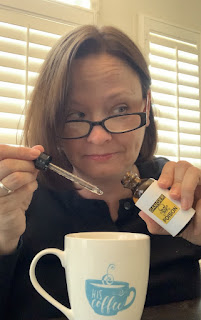 Rosalie Spielman is a military brat, veteran, and spouse of a recently retired career officer. After meeting her husband when they were both young Army Lieutenants, they moved eleven times in twenty-four years, blessing multiple states and three countries with their presence. Their next challenge is to beat Rosalie’s lifetime record of “six years in the same house,” and currently live in Maryland with their four creatures. (Two teens and two fur babies.)

After discovering that she could, in fact, make other people laugh with her writing, she began writing in earnest. She finds joy in giving people a humorous escape from the real world. Her cozy mystery novels are set in locales that have chickens, such as rural Idaho and sunny Kauai.

She is an active member of Sisters in Crime, both national and the local chapter, and is represented by Dawn Dowdle of the Blue Ridge Literary Agency.

Rosalie writes the Hometown Mysteries series, the first of which, Welcome Home to Murder, released on 7 June 2022. She also writes for the multi-author Aloha Lagoon mysteries series (Death Under the Sea, November 2021; Death on a Cliff, August 2022) and has a story in the Chesapeake Crimes: Magic is Murder! Anthology (Wildside Press), coming August 2022.

She also keeps a Pinterest board for each of her stories.