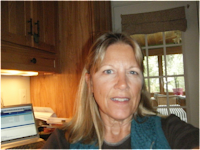 A writer and beach bum of note, E. B. Davis writes short stories and novels in the mystery and paranormal mystery genres. Ms. Davis graduated from George Washington University with a Masters Degree from the Elliot School of International Service, and continued degrading her writing skills working as a government contractor.
For more information and insights, go to my website.

In a recent blog, I said that I'd report back on the short story contest I entered.  I didn't win.  So, I edited, tweaked and have resubmitted to another venue, which published the story, titled "Daddy's Little Girl."  You can read this story at:  Voices from the Garage
"Implicated by a Phrase”
My short story "Implicated by a Phrase" was included in short story print anthology titled A Shaker of Margaritas: Hot Flash Mommas, by Mozark Press.  This anthology is available at Amazon.com, Murder Loves Company booksellers or at Buxton Village bookstore (linked below). This anthology

"Rock The Cradle"
The second in this anthology series by Linda Fisher of Mozart Press, A Shaker of Margaritas: Cougars on the Prowl, contains my one and only purely romantic short story "Rock the Cradle." This volume can be bought at Amazon.
"Lucky In Death"

This short story, along with thirteen others will appear in the next Chesapeake Chapter's anthology titled, Chesapeake Crimes: This Job is Murder.  Fabulous writer Elaine Viets wrote the introduction for the anthology, which was released by Wildside Press in May 2012. It can be purchased at Wildside Press and Amazon, or as an e-book at Wildside Kindle.
“The Runaway”
The Runaway"

appears in the new SinC Guppy anthology, Fish Nets, whichis now available at Wildside Press.
"An Acidic Solution"
Gryphon's Lair Publishing released an anthology titled, He Had It Coming. My short story, "An Acidic Solution," was chosen  along with a short by Agatha nominee, Kaye George. I'm honored and delighted to be included in this volume. It's available at

Mozark Press continue its Shaker of Margarita series with A Shaker of Margaritas: A Bad Hair Day, released in November, 2012. Authors to explored the concept of the "bad hair day." My short, "No Hair Day" is included in this anthology. Look for my interview with publisher, Linda Fisher, dated November 21, 2012.
Mysterical-EMagazine recently published "Maybe Baby," a fun Valentine's Day crime short set in the Outer Banks. Stop by and read the story online. I hope you like the music.
Kings River Life Magazine editor Lorie Ham accepted several of my stories. Here are links to:
"Torture Twist"
"The Christmas Present"
"A Task For Christmas Eve"

Coming soon:
Chesapeake Crimes: Homicidal Holidays, "Compromised Circumstances," the short story one of my WIPs is based upon.
Carolina Crimes: Tales of Lust, Love, and Longing, "Ice Cream Allure," a romantic mystery spoof.


When you visit the Outer Banks, please stop by and visit the Buxton Village Bookstore, an Indie, and my favorite bookstore in the whole world. You can access the store at 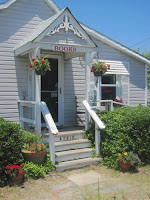 Created by Write to Done