An Interview with Author Jennifer J. Chow by E. B. Davis

Two cousins who start a food stall at their local night market get a serving of murder in this first novel of a delicious new cozy mystery series by Jennifer J. Chow, author of Mimi Lee Gets a Clue.

When Yale Yee discovers her cousin Celine is visiting from Hong Kong, she is obliged to play tour guide to a relative she hasn’t seen in twenty years. Not only that, but her father thinks it’s a wonderful idea for them to bond by running a food stall together at the Eastwood Village Night Market. Yale hasn’t cooked in years, and she hardly considers Celine’s career as a social media influencer as adequate experience, but because she’s just lost her job at her local bookstore, she feels she has no choice.

Yale and Celine serve small dishes and refreshing drinks, and while business is slow, it eventually picks up thanks to Celine’s surprisingly useful marketing ideas. They’re quite shocked that their bubble tea, in particular, is a hit—literally—when one of their customers turns up dead. Yale and Celine are prime suspects due to the gold flakes that Celine added to the sweet drink as a garnish. Though the two cousins are polar opposites in every way, they must work together to find out what really happened to the victim or the only thing they’ll be serving is time. 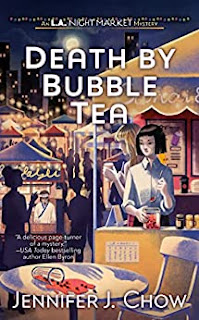 Death by Bubble Tea, Jennifer J. Chow’s first book in the new L.A. Night Market mystery series, is a compelling contemporary amateur sleuth mystery with a slice of the Chinese culinary subgenre. It is set in Los Angles within the UCLA community. Because I have little knowledge or experience with Asian culture, my questions center on extending my knowledge of the many things I do not know.

The story is shown through main character Yale Yee. But the character development and tensions are illustrated through the contrasting characters of Yale and her cousin, Celine, who are very different people. Yale was raised in L. A., Celine in Hong Kong. But it is their different temperaments and outlook on life that really divides them. It would be easy for Yale to dislike Celine, (and initially, she does) except that Celine proves her skills are useful, shows compassion that Yale finally recognizes, and owes up to her mistakes. They are different and yet two compelling characters who need each other to avoid murder charges.

Why do neither Yale or Celine have Chinese names? Yale’s father is first generation American, and Celine’s parents still live in Hong Kong.
Great question! They both have English names for different reasons. For Yale, it’s because her dad had dreamed of going to school there. Celine has a Chinese name but goes by her English name since her parents love music and singing (e.g. her mom chooses to be called Cher in English).

Yale’s father’s restaurant specializes in dim sum. Why does Yale categorize people as particular dim sum dishes? Are/is dim sum (collective noun?) appetizers?
Since Yale grew up in her family’s restaurant, she has a food-focused perspective on things. She likes making comparisons to dim sum because it helps her understand people better.

What is the purpose of ripping off covers of unsold books prior to returning them to publishers? Seems wasteful.

My friend who worked in a bookstore told me about this. It has to do with pulping a book. Bookstore workers will rip off the covers of unsold books so that the pages can be pulped and recycled to (hopefully) create more books. The covers can be sent back to the publisher to let them that the stock has been discarded and to obtain a credit.

I’m not knowledgeable about Chinese food. This book made me aware that there are regional differences among Cantonese (Yale’s father’s restaurant), Taiwanese, Mandarin, and Sichuan. Are there others? What are the differences?

There are many regional differences if you want to narrow down to specific locations. It has to do with what can be grown in those areas (e.g. very hot peppers in Sichuan), geographic differences (places near the coast incorporate more seafood), and also what kind of global influences have affected the area (ports and heavily-traveled places have more international flavors). A huge generalization is that northern China offers more noodle dishes while southern China focuses on rice, and the reason is due to water availability and the ability to grow certain crops. 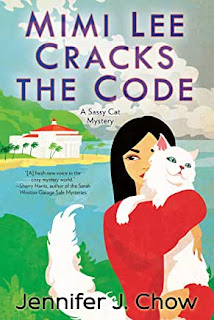 I was aware that Westwood was a UCLA community, but not of Eastwood. Is it newer? What’s the distinction aside from being in opposite directions?

Ha! Yes, Eastwood Village is quite new…because it exists only in my mind. While Westwood is more sprawled out, I like to think of Eastwood as a closed community. It’s a very planned space, with shops and centers within walking distance of many residents. It’s loosely based on the Playa Vista neighborhood.

Yale doesn’t like her modern apartment. She’s lined the granite countertops with crocheted doilies! She doesn’t possess modern technology even if she knows how to use it. Why is she so out of sync with today?

Yale loves her books and is a huge Austen fan. Sometimes she feels like she’s been born in the wrong period. She’d rather take comfort in the cozier aspects of yesteryears.

All of Yale’s clothing has many pockets because she doesn’t like carrying a purse. While keeping your hands free is convenient, doesn’t she have a lumpy appearance? Keys, makeup, credit cards, etc.

Convenience over fashion is Yale’s motto. She only really needs her keys and a slim wallet when necessary.

Why are older women called “aunties?”

It’s a general term of respect for older women. In the same way, older men are called “uncles.” (It is confusing, though, when you’re growing up and thinking you have a gigantic family and trying to figure out the “familial” connections!)

Why does the youngest person pour the tea?

This is also a sign of respect. The youngest at the table should be the one to pour the tea to everybody.

Passing tea to a person with both hands is a sign of respect. What does passing tea with only one hand indicate?

Passing tea with one hand makes it a more informal act. You would definitely serve elders with both hands but maybe not peers.

Do you mean the chicken feet at dim sum places? The delicate way would be to nibble at it. But I’ve seen others pop the whole thing into their mouth, somehow take all the meat off, and then end up with the claw intact at the end.

Why did taking her mother’s place at the restaurant sicken Yale? Is it it the same reason she can no longer inhabit her childhood home?

Yes, Yale has such a hard time dealing with her mother’s death. She is saddled by guilt, and it physically sickened Yale to “take over” her mom’s role in the restaurant. And being in the childhood home evoked too many memories… 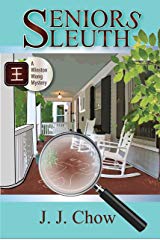 I can’t think of any drinks that are chewy. But that is the desired aspect of bubble or boba tea made with tapioca clusters in it. It seems like Eastern and Western tastes are very different, or am I mistaken?

I guess the only other chewy drink I can think of is maybe a chunky fruit smoothie. I’m not sure if it’s so much that Eastern and Western tastes are different; I know plenty of non-Asians who enjoy bubble tea, and some Asian folks who don’t drink boba. (I myself had a hard time figuring out when to chew and when to drink in the beginning!)

Yale equates having a degree with smartness. She’s embarrassed that she doesn’t have her degree. Why didn’t she ever go back and finish?

Life got in the way. She returned to the family restaurant to help, and with those long hours, she couldn’t study as well. Then, as time moved on, she was content in her bookstore world.

Celine serves the drinks they offer at the Night Market in actual lightbulbs. Isn’t that dangerous? The glass is so thin it could break or cut someone drinking from one, especially drinking something chewy.

Interestingly, lightbulb glasses are real. I’ve drunk from one before. You can also order them online; some are plastic, I believe, but others are actually made from glass. They’re a lot bigger than household light bulbs (mug-size), and the manufacturers must reinforce the glass somehow.

Is there prejudice within the Asian community against some groups over others?

There can be. The example I’ve come across happens a lot when people talk about dating. There can be a sort of pecking order by ethnicity for who would make the most desirable mate.

These are both real places in the Los Angeles area! The fun part about writing the Night Market series is that I can explore some lesser-known offerings in the region.

Why is not finishing a meal a tradition?

It’s not quite a tradition. However, there is something about leaving a few bites on a communal platter out of politeness’ sake and to let other people have the chance to eat. Although sometimes not finishing an individual meal may be because a family member wants you to eat more and keeps piling things on your plate! 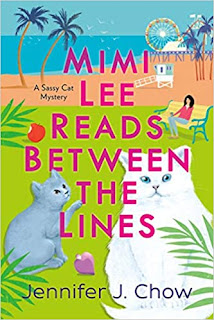 Both Yale and Celine are in their 30s, but they are both still subsidized by their families. Is this normal in the Asian culture?

It’s hard to define anything as “normal.” However, I do know parents who still financially help out their older adult children.

I actually had to research this. Yes, 23K gold is edible. It doesn’t have any nutritional value, but it’s safe to consume.

What are deckle edges of a book?

Deckle edges are pages that have that a feathered feel to them. They’re not cut precisely straight and have more of a ragged look. Some people find the effect to be artistic and reminiscent of times when paper was made by hand.

How do Asian women eat so much but manage to stay tiny?

Hmm, I think Asian women have all sorts of body types. It really depends on metabolism, genetics, and activity.

What language is spoken in Hong Kong? For only visiting the family once, years ago, Celine’s English is excellent.

Chinese and English are the official languages of Hong Kong. It’s a fascinating place since many people there are fluent in multiple languages, possibly because of Hong Kong’s historical and current status as a major port.

What is yeung energy?

Yeung in Cantonese is the same as yang in Mandarin (as in yin yang). As such, there’s the tied concept of opposite and yet complementary forces or energies.

Who is Maria Kondo?

Marie Kondo is a Japanese woman who’s known for her expertise on organization. She wrote a popular book called The Life-Changing Magic of Tidying Up and also appeared on a Netflix series, Tidying Up with Marie Kondo.

Nope. But they have friends who are highly involved with the renowned casinos in nearby Macao.

What’s next for Yale and Celine?

Yale and Celine are reappearing next spring in Hot Pot Murder. A group of Asian American restaurant owners are having a friendly hot pot dinner, but the heat really dials up when someone dies… 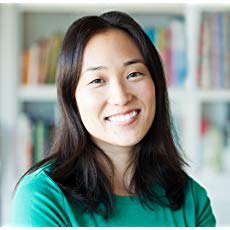