An Interview With Lena Gregory

One of the best things about being a mystery writer is meeting other writers—whether in person or through social media. One author I met via Facebook is Lena Gregory. Although we’ve never met in person, I enjoy claiming her as a friend. So it was with great pleasure that I had the opportunity to interview her and learn more about her and her series.

When Gia Morelli’s marriage falls apart, she knows it’s time to get out of New York. Her husband was a scam artist who swindled half the millionaires in town, and she doesn’t want to be there when they decide to take revenge. On the spur of the moment, she follows her best friend to a small town in Central Florida, where she braves snakes, bears, and giant spiders to open a cheery little diner called the All-Day Breakfast Café. Owning a restaurant has been her lifelong dream, but it turns into a nightmare the morning she opens her dumpster and finds her ex-husband crammed inside. As the suspect du jour, Gia will have to scramble fast to prove her innocence before a killer orders another cup of murder . . .

Welcome to Writers Who Kill, Lena.

It’s a pleasure to be here. Thank you so much for having me.

In your All-Day Breakfast Café Mysteries series, Gia Morelli escapes from her ex-husband, scandal, and NYC to a small town in Florida. Trouble ensues when numerous thugs follow her there. What is it about characters getting a second chance or the chance to start over that appeals to readers?

Starting over is never easy, and I think the chance to reinvent oneself after leaving a difficult situation shows a certain amount of courage and tenacity that readers admire in a character. Plus, starting over always takes the character out of their element for a bit, which can be fun to write and to read.

In Scone Cold Killer, Gia sympathizes with the plight of a homeless man and leaves food for him outside her restaurant. He later plays a key part in her unraveling the mystery of who is out to get her. What do you come up with first—the plot or the characters?

I usually come up with the plot first when writing cozies. After that, I develop the characters as I go along, and I love bringing characters back and sharing their backstories as the series progresses.

In her move to a small town in Florida, Gia is fortunate to have a good friend there who helps her to get established, but the locals are still slow to accept her. What is it about small towns that make the locals leery of newcomers?

I think there are two reasons locals are leery of newcomers. The first is simply that they don’t know them. When you are used to knowing everything about your neighbors and their families, it can be difficult to accept a stranger no one knows anything about. The second reason is that people are afraid of change, and when newcomers move in and bring their own customs, traditions, and ideas, I think people fear life as they know it will change.

Did writing about Gia’s move to Florida influence your recent move from Long Island to Florida? Are the locals leery about you?

Writing about Gia’s move didn’t influence me this time, but I moved to Florida once before in the late nineties for about a year and a half, and some of the things Gia encounters definitely came from that move. The tornado that rips through town in book two, Murder Made to Order, is based on a real event. The giant hairy spider she runs into in the bathroom is based on a spider my daughter found in the bathroom at the dance studio I was working at when she went back to change. She came out screaming, and I told her to knock it off, it’s just a spider. Well, I took one look at that thing and ran down the shopping center to an open store with a man working who was so kind that he left and came down to remove it. That said, I have to say the people at that time, and again at this time, have been nothing but supportive, friendly, and kind.

Has your move to Florida influenced your writing?

Moving from New York to Florida has definitely influenced my All-Day Breakfast Café Mystery series since I now have so many more things for Gia to encounter that I never knew about before.

Your Bay Island Psychic Mysteries series features Cass Donovan, a former psychiatrist who pretends to be a psychic. It sounds like the perfect recipe for fun and disaster. Do you believe in things paranormal or have you had any paranormal experiences that inspired this series? 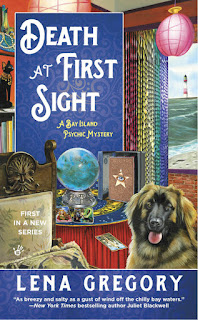 I do believe there is something beyond what most of us can see and feel, as does my daughter, but my husband and son do not. That argument is actually what inspired my Bay Island Psychic Mystery series. I thought it would be fun to write a series where one character (Stephanie) believes whole-heartedly in the paranormal, one character (Bee) supposedly doesn’t believe in anything otherworldly, and the main character (Cass) isn’t quite sure, and then follow their journey throughout the series as different things happen to challenge their beliefs.

With Cass pretending to be a psychic, how do you keep her from appearing to be a con artist?

Cass is very intuitive and worked as a psychiatrist before moving back to Bay Island after a tragedy involving a patient. Her motivation for pretending to be psychic is always to help people, so she’s never trying to con anyone, just help them find peace. Plus, as the series progresses, Cass comes to realize her instincts might just be something a little more.

I understand that you may have another series in the works—or at least milling around in your head—the Puzzle Solvers Mysteries. Can you tell us anything about that?

The Puzzle Solvers Mysteries is about a jigsaw puzzle group and takes place in a small town on the south shore of eastern Long Island, New York, very similar to the town I grew up in. It has been contracted and the first book, The Missing Piece, is due to the publisher on January 15, though I don’t have a release date yet.

With two mystery series, and possibly a third coming, plus stand-alone books, how do you juggle family life, writing, and promoting your work? 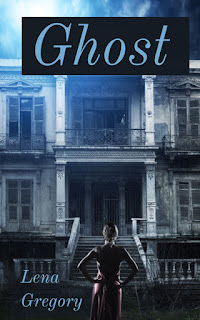 It’s so hard! Lol. I always put family first, and I’m so fortunate my husband and children are all incredibly supportive of my writing. They understand when I have a tight deadline and have to disappear into the writing cave for a while. Then, when I’m not on a tight deadline, I spend as much time as possible doing things with them. As far as promotion, I enjoy interacting with readers and often do Facebook parties, and that’s fun for me. I also don’t sleep more than a few hours a night, which helps tremendously.

Looking back to the days when you were attempting to get published, what do you wish you had done differently? Any advice for aspiring writers?

I wish I had known more about the process. I wrote the first half of my first book by hand in a loose-leaf notebook, because I didn’t own a computer or know how to work Microsoft Word. But I took the time to research everything, had my husband and a good friend who were willing to help out, and took every bit of advice I got from people who were already in the industry. I think that’s one of the most important pieces of advice I can offer; you have to be willing to listen and to learn.

What’s next for Gia Morelli and Cass Donovan?

I am currently writing Gia’s fourth story, and she is adapting well to life in Florida and trying to embrace new customs and traditions. Of course, things don’t ever go smoothly. Cass’s fourth story was just published, and she will be moving on to work more closely with police investigations, despite Luke’s and Tank’s resistance.

To learn more about Lena Gregory, visit her on Facebook and at http://www.lenagregory.com.

I have to admire such commitment. It sounds like you've got a good handle on that elusive balance of work and home life. Best wishes for all your novels, including your new series.

Congratulations on your many books, including your new series.

Thank you again, Lena, for joining us at WWK. Hopefully, someday we'll meet in person.

Moves to small towns are always adventures. Thanks for sharing,

Thank you so much, KM Rockwood! It doesn't always feel like I have things under control, but somehow I usually manage to get things done. :)

Thank you so much for having me, Grace! That's one thing I love about social media, the ability to make such good friends. I look forward to meeting you in person one of these days!

I can’t wait to start this series - it sounds great! Good luck with the balancing act!

Hi Lena and Grace, thank you for a fun peek into Lena's world. Best wishes with your writing and especially the new series! I hope we can meet in real life soon.

Thank you so much, Kate!

Thank you so much, Sari! I would love to meet. If you're ever in Florida let me know. :)

I'll be looking forward to more adventures and reading your other books too.

Thank you so much, Donamae! :D

I love it that you have a series set in Florida. Off to Amazon for me!

Lena, it's so nice to meet you and learn about your books. Thanks for sharing! I can't wait to start reading your new series.